Do We Really Need a Hate Crime Bill? 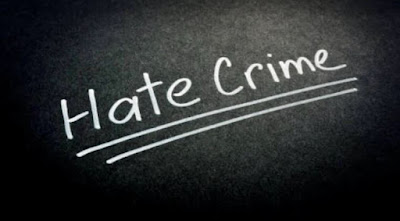 An opinion article written by Conservatives of the Upstate member Steve Haynie.

Pay attention!  South Carolina WILL get a "thought crimes" law if we don't tell our SC legislators we don't need or want this. In order to prove you committed a hate crime, the courts would have to prove beyond a reasonable doubt what the violent person was thinking before they acted. That's why I prefer to call it the "thought crimes" law.

In the last legislative session, a similar bill was introduced in the House, but didn't pass

through the Senate before the end of the legislative session.

When it came time to vote for the bill 41 Republicans joined 38 Democrats to pass the bill on its second reading (when a bill really passes).

On third reading 29 Democrats were joined by 42 Republicans to send the bill to the Senate.  Republicans were in the majority and outnumbered Democrats nearly 2 to 1 in the House at the time of the vote and only 29 Republicans voted against that bill.

Now on to this session of 2022-2023 where it has been filed again...Who were the first two Republicans to jump in as co-sponsors this time around?

Of the six who recently added themselves to this present session bill as co-sponsors, 5 were Republicans. Based on the past session, I believe more Republicans will be jumping on the bandwagon.

Did you or anyone you know in the Republican Party call up their Republican legislator to demand this "thought crime" bill be introduced?  Do our Republican House actually think that this legislation is what Republican voters are concerned with?

Will this new "thought crimes" law be applied with “equity” and "inclusion" in prosecution and conviction for those crimes, or will we see the law applied unjustly based on skin color of the victim?

Ask yourself this question, if the arrest and conviction rate under the "thought crime" law requires not applying it to certain skin color perpetrators in order to make the numbers less noticeable for certain ethnic groups. Does that not mean enforcement is arbitrary rather than principled? Should we have laws on the books that can be disregarded for appearances sake?

Another important question to ask yourself is, at what point will the "thought crime" law be amended to include loosely defined "hate speech" which runs contrary to our First Amendment right of free speech?

Will we not be allowed to make statements about illegal migrants coming across our Southern border because those statements might be considered hate? Will pedophiles, now euphemistically called "minor attracted persons" one day be protected from "hate speech."

Never forget in the minds of those who push these "thought crime" laws, Christian Bibles contain hateful rhetoric against the LGBTQI + population.

Federal "hate crime" laws already exist. The added redundancy of similar state laws would only be virtue signaling by Republican politicians in our state.