Victory for WE THE PEOPLE at School Board Meeting 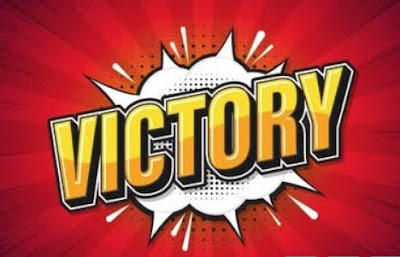 It's time to give God the glory of a victory over the enemy that is trying their best to indoctrinate children in our government run schools this past Monday night at the School Board Meeting!

God has truly made us powerful and strong. He has saved children from literature being forced upon them that clearly violates SC Law and causes children to focus on their skin color and not the content of their character.

God is good, all the time!  He prompted His grassroots to send that email or to make that call to our school board members to pressure them to do the RIGHT thing. AND THEY LISTENED!

It was a unanimous final decision to REMOVE the book STAMPED from the SDPC curriculum choices for teachers! Victory! It will come up for review again in 2027-2028 school year as to whether or not the author has changed the text in his book, or whether the law has changed.
Karla Kelley, school board member that represents EASLEY moved to "amend" the original motion to remove the book completely, but she failed to get the required votes. She had moved to make it a requirement that the book remain on campus but that a parent must sign for the child to be able to read it. Thank God, her motion failed on a vote of 2 to 5, with chairman Betty Bagley, school board member that represents CLEMSON voting with Karla Kelley to allow the book to remain on campus with parental signed permission.  In my opinion, those two board members obviously don't understand THE BOOK VIOLATES THE SC LAW in place! WE CAN'T allow parents to break the law either! Sheesh.
On the final vote, Kelley and Bagley both raised their hand in favor of eliminating the book STAMPED from our curriculum. So, Kudos to them to making the final correct decision!
IMHO, we must get people to file to run against those two for sure when they are up for re-election because it's obvious, they don't have the comprehension skills to understand what obeying law means... their "feelings" got in the way of wanting to compromise. And I'm sure their liberal constituents in Easley and Clemson were not wanting them to remove the book from the schools and IMHO they were trying to "compromise". You can't "compromise" with breaking the law folks. Shame on those two for possibly thinking they could. But bottom line is they voted the right way in the end...but at least we know now which board members sit on the fence when it comes to true conservatism.
Folks, this is a huge victory for grassroots groups like ours...this decision has set precedence and hopefully will inspire other SC counties to follow suit and remove books that do not have educational value and actually violate law.
Kudos again for all who applied the pressure, especially the parent who was brave and took a stand, Amanda, YOU HAVE OUR BACKS, and we have yours! Thank you for not fearing and going through the proper steps to have the book removed!
Thank you to future Rep Thomas Beach for all his help and Sen. Rex Rice who also attended the School Board meeting the other night! It was great to see them there showing they too are WATCHING what our board does!
But folks, this is just one battle, sadly, there will be more battles in the days to come. The enemy is still after children's minds and souls. Stay vigilant as there are other books being used in teacher's curriculum in our SDPC that are not only violating the SC proviso law in place against Critical Race Theory, but there are books that are intent on sexualizing children as well.
It is going to require GODLY PARENTS to not fear and show up, stand up and speak out to stop this evil intent.  There are forms that PARENTS or TAXPAYERS will need to fill our and file and make appointments with the principals of their child/grandchild's school to challenge the usage of those books in our schools. Are YOU ready to rumble again? I hope and pray so.
You see, teachers as well as those who sit on these committees who decide if a parent/taxpayer's challenge is valid or not are claiming there is nothing wrong with the books. They base their thoughts on the fact the teacher can justify the book's use as it is in line with the SC College/Career Ready Standards in place.  The problem is they need to understand that PARENTAL RIGHTS and SC LAWS in place trump those standards. The SC Proviso preventing the tenets of Critical Race Theory and the SC obscenity laws are there for a reason! And WE THE PEOPLE need to hold our School District accountable. So be ready for the next battle, because I assure you these liberal minded teachers who are intent on indoctrinating children are not through testing the waters to see what they can get by with. REMAIN VIGILANT!
Below is a screenshot of the forms necessary for you to fill out should you become aware of an inappropriate book or resource being used in your child/grandchild's classroom. It is imperative YOU stay alert to what teachers in our school district are reading aloud in the classroom as well as what they are assigning and which websites the teachers are having your child go to online. See form below: 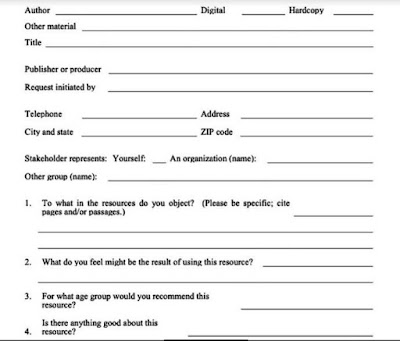 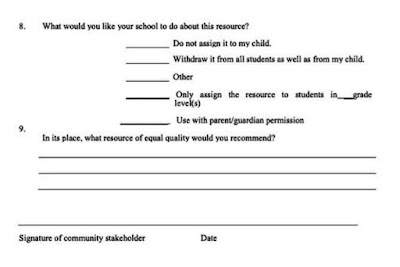 It is important to note that at the last school board meeting, it was revealed the School Board has a windfall of over 2 MILLION DOLLARS. But let's be honest about that! It's really called OVER TAXATION folks. We best be paying attention to what they spend that over taxation on... shouldn't we really be getting a refund? From what I witnessed; IMHO, it looks like the SDPC administration can't wait to spend it. And it seems like they are eager to spend it on a pre-K 3 year old pre-school building project. I have researched results of pre-K benefits and there are mixed reviews on whether or not it's effective use of our tax payer dollars. Some show there is no particular advantage to whether or not a child goes to pre-k programs or not. And some show it's actually harmful, while some praise pre-k government run programs.
So, we need to really think about the return on the investment in pre-K programs... is this a good use of our over collected taxes?
Read this article: A top researcher says it's time to rethink our entire approach to pre-K : NPR
WE NEED YOU TO PAY ATTENTION TO WHAT OUR SCHOOL BOARD IS DOING...Please share this article with all parents you know and your church members! We must show up, stand up and speak out!