Letter To the Editor: Train Up a Child In the Way They Should Go 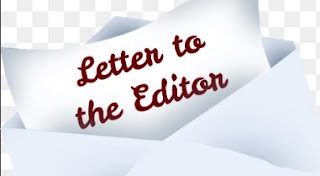 The Bible tells us in Proverbs to “train up a child in the way he should go; and when he is old, he will not depart from it.”

Also we know what the road of “good” intentions can lead to.

What happened at Pickens Middle School is unacceptable. Training children to think it is appropriate to separate them by race for special presentations and lunches violates not only the Bible's advice but also Civil Rights under Title VI and the 14th amendment.

A policy needs to be put in place ASAP to prevent this type of ill advised event from ever happening again. I suggest that going forward the approval for any event or speaker on our campuses that influence children's training be approved ahead of time by this board. That way we will know WHO to hold accountable at the voting booth.

The fact that ANYONE employed by the School District thought that segregating students by their race for a special presentation and lunch while leaving white students out was a good idea is horrendous. It points to our School District joining the “woke” culture of Critical Race Theory.

And when I watched the YouTube video Ms. Young presented on what she was going to say, I was horrified that she was praising Socialist Representative AOC as someone she admired and loved. A speaker using their position of authority to promote political influence in a situation where children are forced to watch is wrong.

WHO do we the taxpayers blame for this catastrophe? Just the Principal? I think not. I have a hard time believing he alone planned this event. Someone else in the Administration must have given him the green light. And all parties involved that knew and did nothing to prevent it should face consequences.