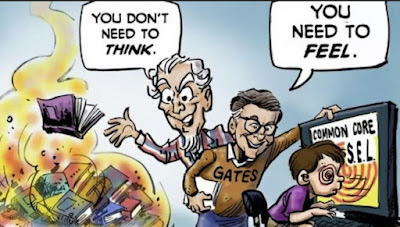 Leadership Team Member of Conservatives of the Upstate, Johnnelle Raines, who is also a Board Member of United States Parents Involved in Education, spoke to the Pickens County Legislative Delegation on Monday evening, January 10th, 2022, about the dangers of our State of SC Dept of Education being in a partnership with an organization named CASEL. 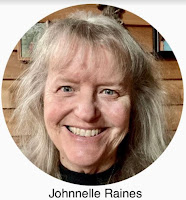 Below is her speech:

I want to thank our Lord and Savior for our safe travels to be here tonight and thank our Forefathers for making sure our Constitution included the right to free speech so we can speak freely to our elected representatives. I also want to thank Sen. Rice for not ignoring our plea to have more than just one of these meetings a year and for having the appointments made to these important boards made in the public eye and not behind closed doors.

Many say our public school system is failing. I disagree, government run schools are succeeding at the Marxist goal to indoctrinate the youth and overthrow our form of government.  For the past 11 years, I have tried at every turn to change this wrong direction we have been heading; beginning with “Commie” Core Standards…but our elected have blinders on and refuse to see the writing on the wall, or they see it but, God help us, they are complicit with those goals.

Look around at our youth…our freedoms are eroding due to the Marxist indoctrination taking place and the Teacher’s Unions are complicit. A war for our children’s souls is also taking place. And all this is happening by using our own tax dollars. Your blinders need to come off and your apathy or complicit behavior must not continue.

At present, there is a controversy about Critical Race Theory’s anti racism, blame all the white people mantra. You all have considered removing funds from schools who teach this in SC. But how many of you understand there’s another indoctrination program taking place as we speak in our SC schools known as Social Emotional Learning called “SEL” for short. SEL is flying under the radar because so many people have NOT peeled back the layers and done their research on who is pushing this and why.  Did you know that this is the tool being used to continue fostering Marxist ideology to our young students so they will all grow up and be Social Justice Warriors? You may be asking yourself how could anyone be against teaching social and emotional skills to students? BUT are you also asking yourself, if we are going to empower an organization to teach SEL to children, shouldn’t we know WHO this organization is and WHAT their values, attitudes and beliefs are?   And that is where the problem lies.

The SC Dept of Ed has partnered up recently with an organization called “CASEL “which stands for Collaborative Academic, Social and Emotional Learning.

I invite all of you to do your own research to see what this organization is about and WHO their CEO is.

But just as an example, in a webinar they sponsored entitled “SEL as a Lever for Equity and Social Justice,” CASEL’s CEO, Karen Niemi, recently said, (quote) “social-emotional learning must actively contribute to anti-racism…we see SEL as a tool for anti-racism.”  The term “anti-racist” is being used by Marxists to advance their radical agenda of shaming white people that they are all racists and an oppressor and have white privilege.

Niemi announced recently that SEL was “updating” its definition of what they do as an organization. She states, and I quote, they will now, “pay attention to personal and social identities, cultural competencies, and collective action as part of SEL’s goals. (Did you catch that?) and she further stated that the organization "will support schools, districts and states to infuse SEL systematically into curriculum and instruction, out-of-school time, discipline, student support services, professional learning, and ongoing student assessments.”  Niemi even brags that, SEL will be woven into the daily life of a school and all subjects.  This language smacks of social engineering, at a level that should make your eyes pop out!

There are many other problems with SEL, but I don’t have the time to tell you this evening.  SEL is indeed indoctrination, and SC is in bed with the organization that is using it as a lever for Social Justice.  Please understand that any legislation that addresses getting rid of Critical Race Theory must also address getting rid of our connections with CASEL. We must get that wolf in sheep’s clothing out of the classroom pronto.  I don’t know how much our partnership with CASEL is costing the taxpayer, but I suggest those funds be used to hire more experienced, effective school counselors and therapists to help those individual students who need social, emotional support. Not all students need it! Finally, any legislation you propose this year should be giving parents greater oversight of K-12 curriculum. Parents should be able to know EXACTLY what a teacher’s lesson plans are teaching their child.

I plead with you to check CASEL’s website out and seminars as well as videos and articles written by their CEO Karen Niemi: www.casel.org

Here's one of Karen Niemi's articles that can be found here at this link: 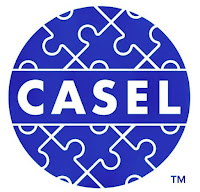 Johnnelle Raines found out the next day after her speech that CASEL has hired a new CEO, and it's not good news, she says. The new CEO Dr. Aaliyah A. Samuel is a leading expert recognized "for Leadership in addressing Effects of Systemic Racism on the Early Years of Life," according to NWEA,

All those concerned about the Social Emotional Learning agenda in SC schools are asked to please contact SC Senator Rex Rice who sits on the Senate Education Committee and let him know you want the SC Dept of Education to end their connections to CASEL and stop this Marxist indoctrination from taking place in our tax supported school systems.