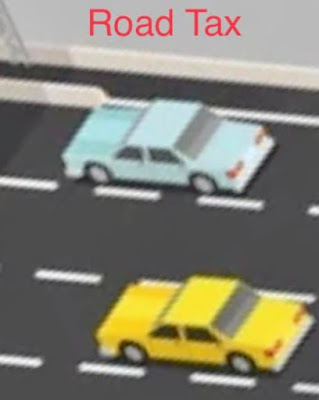 Below is a post by Pickens County Councilman, Alex Saitta on his Facebook Page which sheds a great deal of light on the present situation. Please share your thoughts about what has taken place in our county with this tax hike in the comment section. 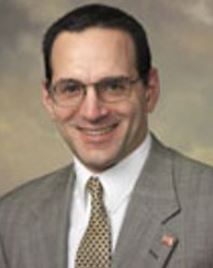 "I want to update you on the latest development with the 9.6 mill/ $6 million a year road tax passed by the county council.

State Attorney General, Alan Wilson, weighed in on an aspect of the council’s tax hike being above the state millage cap (see picture 1). Prior to his legal opinion, the county council was told, and the administration and their lawyers thought the 9.6 mills/ $6 million a year tax hike could ALL be used for maintenance road re-paving.
Alan Wilson said only $3.2 million or up to the 5.3 mill legal cap could be used for maintenance road re-paving. The remaining $2.8 million above the cap could only be used for long-term road projects.
Now what is a long-term road project? That is up for debate, but let’s review the history and we’ll get into that.
History:
On September 13th the Pickens County Council voted 5 to 1 (I voted “No”) to raise taxes $6 million or 9.6 mills to raise money for maintenance road re-paving. The state law (Act 388) limited the tax increase to 5.3 mills or $3.2 million, but the council went above the cap by 4.3 mills or $2.8 million because they used that extra money to create a road reserve account. The law allows a local government to breach the cap if they use the extra funds to “maintain a reserve account” (picture 2).
I saw this as a scheme to get around the legal cap in order to raise taxes more, not create a road reserve account per se. The roads department doesn’t need a reserve account (the roads department sits in the general account which has a $23 million reserve that serves all departments). In sum, I saw it as work around the state law and wanted no part of.
Attorney General:
Realize no evidence was gathered or examined by the attorney general, and Wilson only addressed a question asked by a local state senator. There was no trial or ruling by a judge, hence no verdict. Wilson’s opinion was 4 pages. A ruling by a judge in a trial could be up to 40 pages and would address all the complaints if the attorney general or a citizen later sued the county for a violation of the state law.
The most relevant line in Wilson’s opinion was: "… we do not believe such a reserve could be used as a dedicated funding stream for ongoing expenses as this would run afoul of the Legislature's intent to limit governing bodies from increasing property taxes for normal operations.”
The last sentence was a clear warning, “… we do not believe Pickens County may use this exception to exceed the millage rate limitation to fund ongoing road operating expenses.”
What Are “Ongoing Expenses”?
I brought up the AG’s opinion at the next council meeting and asked the administration what it thought. The administration said and the council leadership agreed, each year they’ll spend the $3.2 million on maintenance road re-paving and the other $2.8 million on long-term projects.
First, that was a change from what the council was told -- this money would be used for road re-paving. Long-term road projects were not discussed. To his credit, Councilman, Trey Whitehurst said as much at the same meeting.
Second, what long-term projects? On different occasions the administration has given various examples of what they think are long-term projects – culvert replacement, patching more than 25% of a road, multi-year road striping, widening Highway 183, or fixing a bridge damaged in a storm. To me it sounds like a mix of maintenance and repair of existing roads, and qualified long-term projects. The former which could run afoul of the attorney general’s opinion and possibly the law.
Repairing a bridge or tearing off the top of an existing road and resurfacing it are not “large road projects” or projects “so large and expensive” they require the county to save and plan ahead for.
Most will see such “large road projects” as adding an $8 million exchange to Highway 123 or buying miles of land to build a new road; not maintenance and repair to existing roads.
As I explained (see video), I think this attorney general opinion cuts the county maintenance road re-paving monies in half. Obviously, I’m in a minority on that.
Judges Could Decide:
Opinion, thought, could, or possibly are appropriate here because all we know at this point is the council voted to breach the state millage cap, and the administration plans to spend all the money. The administration feels it met one of the millage cap exceptions, rooted in four words in the law – “maintain a reserve account”. Maybe, maybe not, because no one knows how a judge will interpret that phrase. Plus, no one knows if the attorney general’s opinion of that phrase is correct. And if he is correct, who knows how a judge will define road maintenance, repair, or a long-term project?
In sum, the law is vague and non-existent in places here, so if the county is sued, a judge will fill in the details. Scary. The administration and council majority are treading in uncharted and dangerous legal waters.
Conclusion:
A councilman’s oath is to preserve and protect the constitution and uphold the law. If the law is uncertain, you stop, not move forward like the council has. Now with as little as we know and much more of what we don’t, the responsible thing to do is lower the tax hike from 9.6 mills back down to the legal cap of 5.3 mills. This will remove the legal doubts and keep the council on the bright side of the law and not in this dark and make it up as you go place it finds itself now. "
Written by Alex Saitta
https://www.facebook.com/alex.saitta.18/videos/901460787090866/