Do We Need a Change in Governance Structure in Pickens County, SC? 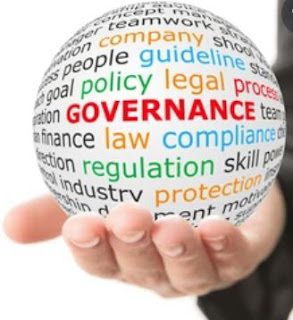 At present, Pickens County has an unelected Administrator chosen and hired by the consensus of our elected County Council. He is not held accountable by the voters of Pickens County directly.

The below post was made about Greenville County Council which has the same governance system in place as Pickens County which is "Council-Administrator" form of governance.  Our present Pickens County, SC Administrator is Ken Roper, and he has operational control over county affairs. He is held accountable to the council and can only be removed by them.

The only way the voters in Pickens County can hold Mr. Roper accountable to his decisions is to complain to their councilman. Our hired Administrator actually has complete operational control over all our county affairs. The question for us Pickens County voters is...

Is this the BEST governance form to have in our county which gives we the people a better county?

Perhaps it's time we all start to think about the above question.

The below post was made on Facebook by a Greenville County voter about their county governance system. And since we here in Pickens County have the same type of County Governance in place, it is definitely worth debating the points made in this Facebook post below.

So let us know your thoughts in the comment section

Under the Council-Administrator form (§4-9-610 et seq), the Council members are elected by popular vote (Greenville County uses single-member districts), with the Chairman being selected by the council from among its members. The Council then employs a County Administrator. The Administrator is the “administrative head of the county government” and is “responsible for the administration of all the departments of the county government.” All county employees report to the Administrator: “[N]either the council nor its members shall give orders or instructions to any such officers or employees.” (§4-9-650) Council members may interact with county employees only “for the purposes of inquiries and investigations.” Thus, the Administrator has complete operational control over county affairs. While he answers to the council in a certain sense, the Administrator can be removed by them only upon written notice and following a public hearing. For all practical purposes, the Administrator is accountable to no one.
The current Greenville County Administrator is Joseph Kernell. He has held that position since 2004. He is paid $285,000 per year, plus other perks (including a county-paid car; and an additional 10% contributed to his retirement plan). His current contract expires on March 13. However, it automatically renews for two successive one-year terms unless either party sends to the other a notice of nonrenewal. The deadline for such a notice this year has already passed, as it was on January 15.
One of the alternative forms of government is the Council-Supervisor form (§4-9-410 et seq). In many respects this is similar to the Council-Administrator form: The Supervisor functions as the county’s chief administrative officer and has essentially the same powers as an Administrator (in fact, his statutory duties are slightly greater). The chief difference is that a Supervisor is an elected position. He serves for a specified term of years (as do all the Council members), and he functions as the Council chairman but only gets to vote in order to break ties. He is therefore responsible directly to the people, who can vote him out of office at the next election if he is not performing well.
In my opinion the Council-Supervisor structure is a far superior form of government, especially in a county as large and prosperous as Greenville, with its 2022 budget of over $205 million, more than 1,800 employees and a population of roughly 5 million. The chief executive of such a county should be selected by, and answerable to, the people, not hired in a crony back-room deal and insulated by a contract. I am unaware that the County Council has ever considered alternative candidates in the last 18 years. This form of government is profoundly undemocratic.
No matter how bad a job the Administrator does, the only means of public control is indirect, b electing different Council members.
The form of county government can be changed. That requires a public referendum, which can be called either by the Council itself or initiated by petition. Such a petition requires the signatures of “not less than ten percent of the registered electors of the county.” (§4-9-10(c)) A change in the form of government is unlikely to be initiated by the Council, which seems satisfied with the current arrangement (and it would be strongly opposed by the current Administrator, who seems to have the Council under his thumb). Petition drives are difficult. Currently, Greenville County has 191,710 registered voters, so more than 19,000 people would have to sign any such petition.
Before starting that process the citizens of this county should begin to discuss this matter. Few seem to appreciate the deficiencies of our current form of government or know that it can be changed. Some of our local political leadership should raise the issue and begin the public debate."   Laird Minor