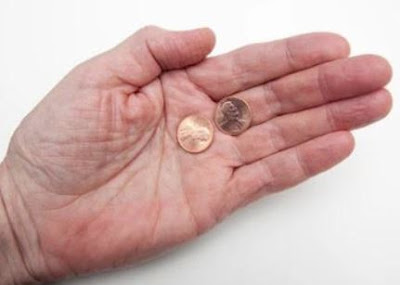 Admittedly, Pickens County Councilman, Alex Saitta, is much smarter than me on inflation but I want to add my 2.2 cents (the inflation version of my personal advice):
1) Cryptocurrency is a scam in my opinion. It is a horrible investment and is not making honest people money. Honest people are using unscrupulous people to make money with it, but trust me … it’s not only tracked by the govt heavily, but pretty much a direct line to the FEDS & IRS. It’s also making each creator millions/billions. Bitcoin in particular is literally stealing from everyone that uses banks or the internet, which is everybody.
2) There is no such thing as supply & demand since roughly 2005ish. There is a huge issue with transportation/delivery of supply. There is near infinite supply of everything. There is near infinite supply of capital to create said near infinite supply - in part to the adding of 0’s to bank accounts you mentioned.
↑ The world supply chain is moving to the Apple / Toyota model … crank out quality due to heavily capitalized automation with workers monitoring and techs designing & fixing machines rather than personally making widgets.
3) We are about to see an enormous shift to automation of EVERYTHING. I see this happening within 10 years. The labor problem will be solved for most menial tasks but as you mentioned - this will essentially leave nothing but doctors & lawyers and politicians. I expect even construction & roofing to become a two-man job within 20 years.
↑ Within the next few, years we will likely achieve close AI (Artificial Intelligence) as we already have chips so fast that they are designing their next generations on their own AND the ways chemically/physically to make themselves.
↑ This will mostly begin to fix the transportation problem and it is very likely that we start to be taxed per mile and encouraged not to drive ourselves.
4) Precious metals have been, are and always will be a horrible investment. Only survival needs are good investments. I’ve never understood why someone would say, “Well, in the apocalypse people will take my gold and silver as payment” How about, shelter, food, guns, ammo? Ammo has been an immensely profitable investment (and real estate is too). Skill to create things needed (like small scale farming) will make us useful and profitable. However harsh this sounds, in a govt collapse if someone comes to my door and says “I’ll give you 4 gold coins for some of your crop.” I’ll shoot them and take it and if I like their clothes or shoes, I’ll take them too and dispose of their body. And however funny this sounds, “I pray that rapture comes before I have to act on those thoughts.”
Really, I just pray Jesus will come soon anyway.
written by Rus Smith