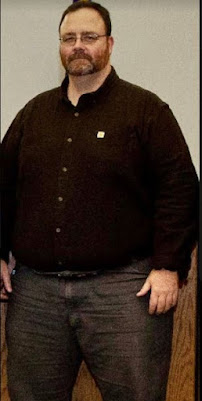 We all fall short of pleasing our God when it comes to how we handle anger. If I seem overly angry or passionate when I speak, you have not accepted the fact that my freedoms are passionate issues which can evoke an angry tone.

After hearing 4 eye witness accounts of what happened at the Oct. 18 Committee of the Whole meeting and looking over your own Organizational Rules for Pickens County Council, it is clear to me Councilman Wilson has violated Rule 4.4 (B)… Decorum in speaking when he became angry.

This rule states, that councilmen, in speaking, shall avoid disrespect to a council member and ANY PERSONALITIES Councilman Wilson’s use of the "F" bomb at a Committee of the Whole public meeting recently, along with aggressively moving his seat to confront Councilman Saitta in an intimidating way is not proper decorum.

Also, Councilman Wilson continually disrespects other personalities and uses degrading and insulting words to describe citizens who disagree with him.  He has called citizens whiney, bullies, BS artists, and liars. He even said recently he doesn’t care what citizens have to say if they haven’t applied to serve on a board.

I presently serve on the Citizen Advisory Board for the Comprehensive Plan, but honestly that shouldn’t give me “extra” brownie points for you to listen to what I have to say.

Citizens shouldn’t be degraded because they haven’t volunteered for a board, there is no one here who serves on a board that has some kind of corner on the market of intelligence or understanding.

Citizens pay plenty of taxes and should have a voice that is listened to whether the council agrees with what they say or not. Verbal abuse of citizens on social media further degrades citizen’s confidence in the integrity and trust of local government.

Any attempt to intimidate citizens into not speaking is an attack on our freedoms.

County Council members should respect the rights of citizens to pursue goals and policies different from their own. They should expect criticism and satirical memes while still maintaining decorum in their conversations, regardless of whether the citizen uses decorum or not.

It is also clear in your rules that the Chair has the right to instruct the Sheriff’s Officer to remove any councilman for disruptive behaviors. Chairman Bowers, you should indeed use that power should this situation arise again.

Disciplinary measures should be employed against Councilman Wilson for extreme lack of decorum, or it will continue or worsen.  I strongly suggest that the members of this council reprimand Councilman Wilson tonight in the strongest way possible for his conduct which is unbecoming of his elected office and demand his public apology to Councilman Saitta and the citizens he has disrespected.