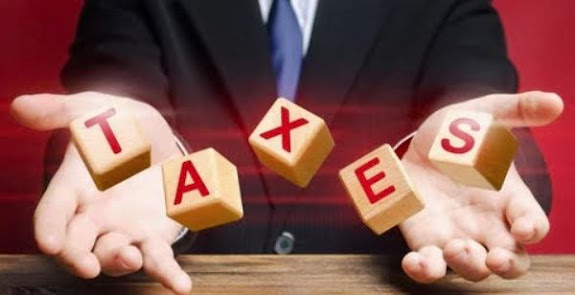 Below is the text of a  Letter to the Editor sent to a local newspaper.

"Taxation without representation - this is one of the grievances the People articulated during the time of our Country’s founding. Yet, here in Pickens County, residents find ourselves in these very same circumstances the Founders were in, some 250 years later.

Pickens County just passed a huge property tax increase to fund road improvements. South Carolina passed an incremental Gas Tax years ago to fund road improvements across the state. So, why did Pickens County now decide to saddle its residents with a huge property taxes to pay for roads? This is a legitimate question, one which residents are entitled to hear an explanation for and one County Council obligated to answer.
At Monday 9/20/2021 night’s county council meeting, approximately 75 residents stood patiently and politely waiting, many of whom elderly, for an opportunity to speak and hear the answer.  Instead, residents were captive to 90 minutes of conversation and overworked deliberations on whether the County should grant permission to release 3.5 million dollars in capital improvements for a library. Are the people to conclude the discussion conducted that night on library funding represents the council working in best interests of its residents during a pandemic? Seriously?
Meeting agenda formalities limiting public comment, while appropriate under normal circumstances, should never be used as tactic to silence the voice of legitimate concerns of its constituents. Pickens County residents are good, hardworking, honest people with legitimate needs and concerns. They are fiercely independent and self reliant and ask for nothing except to be heard. The Council has an obligation to listen. Common decency requires this. Legitimate needs of the people were ignored.
The people of Pickens County did not grant their consent to this tax. Most residents had no idea a tax increase was passed. Amidst a pandemic many people struggle financially, yet the council deems necessary an additional tax burden. Instead, it should look for ways to ease the burden and support its residents, not punish them.
I came to South Carolina seven years ago to escape an uncontrollable rise in property taxes from another state. My monthly tax bill increased to point that it exceeded my mortgage. County legislators were largely responsible for that situation. That state is now facing bankruptcy and people leaving in droves. Pickens councilors are taking residents down a similar path.
Power granted to County Council is through the consent of the governed.
Thank-you Alex Saitta for your lone voice in voting “No” to this tax increase.
But to the rest, residents would be well advised to ignore re-election bids at the ballot box, just as constituent voices are ignored.
Repeal this property tax increase now!"
Rick Synakowski
Cleveland, SC 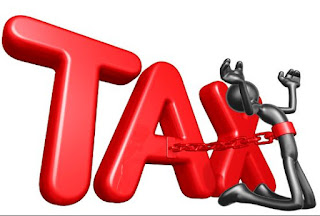 Mr. Synacowski raises concerns many of us have had over exactly "how" this historic tax hike came to be with no citizen knowledge ahead of time.

The courts had declared the county's previous $20 road user fee per vehicle illegal that they have been collecting since 2001. The first and second reading of a tax hike to replace this illegal road user fee only proposed a revenue neutral proposal. Citizen's had no reason to think there was going to be a change in 3rd reading and nearly a 10 mil tax hike was going to be proposed.

This tax scheme of calling roads an "emergency" and setting up a special reserve account is being reviewed at this time and many citizens are seeking other legal opinions.

Another question COTU (Conservatives Of The Upstate) has is whether or not an illegal road user fee collected by our county should be refunded to the taxpayers. There is already a lawsuit in Greenville County about returning the illegally collected road user fee they had in place. Should Pickens County taxpayers hire a lawyer?

The meeting the author references in his letter was a Committee of the Whole meeting where normally no public forum is included; however, it is clearly stated in the County Council rules for meetings that any councilman can call for a suspension of the rules. COTU agrees with the author of this letter that when 75 taxpayers show up at meeting obviously concerned about an issue, someone should have called for a suspension of the rules and allowed a public forum time of 30 minutes.

COTU also thinks any one of the council members should have called for a motion to move the meeting to the auditorium to allow more citizens to sit down and hear the meeting taking place rather than forcing them to remain in the hallways.

It is COTU's opinion that the County Council Committee of the Whole Meeting on September, 20, 2021 was a complete disrespect of the taxpayers.

COTU is the only grassroots group in Pickens County who is trying our best to hold elected employees accountable for their actions and keep Pickens County Conservative.

Given the fact there was a lack of transparency on a major tax hike occurring, what else are they trying to hide from us till the last minute? Please attend our next Thursday, November 18th meeting at 7pm located at Cafe' Connections downtown Pickens, 319 E. Main Street.

And please attend the next regularly scheduled County Council Meeting to be held on Monday, November 1st at 6:30 in the Council's Auditorium located at 222 McDaniel Avenue to voice your concerns.

Remaining silent does nothing to change anything.