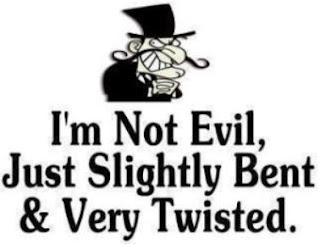 Pickens County Council just recently voted to bypass the SC law on the books of a 5.3 mil maximum increase and raise our property taxes to  9.9 mils!
Chairman Chris Bowers, Councilmen Henry Wilson, Ensley Feemster, Trey Whitehurst, and Vice Chairman Roy Costner all voted in favor of skirting the SC state law that only allows only a 5.3 mil maximum. Councilman Alex Saitta was the only one voting against it.
Doesn't this sneaky deal sound  like something Snideley Whiplash would do in the old cartoon series on TV, The Rocky and Bullwinkle Show segment named "Dudley Do-Right Of The Mounties"
The point is folks, yes, our roads are in horrible shape. BUT what is the best solution, or the "DO-RIGHT" solution? Raise our property taxes exponentially?  I don't think most taxpayers have that opinion. Especially in today's economic climate.
And to add insult to injury, this council did their "Snideley Whiplash" impression with no transparency ahead of time! Regular taxpayers had no  input into whether this solution was good or not, because they didn't tell us about it ahead of time.  How can you complain about what you don't know? All we knew going into the 3rd reading was that the plan was to have a revenue neutral mil increase to replace the illegal road user fee that they have been collecting.
Remember folks, this isn't the first time they've gone behind our backs. They just recently voted to change the no alcohol sales on county property with NO ahead of time transparency, and it wasn't even listed on their agenda!  This council is definitely showing us, they don't really want you to know ahead of time what they are planning. Remember the time they all went to Germany on our dime without you knowing ahead of time?
Folks, we better get our council employees reigned in! The bridle is loose!  Where's Dudley Do-Right when we need him? Conservatives of the Upstate need to step up to the plate and demand they stop acting like Snideley Whiplash!
The plan wasn't put out there until the THIRD and FINAL reading!  Before that night, all the citizens thought the tax hike would be a revenue neutral proposal to offset the fact council had to stop collecting a $20 per vehicle road user fee. So basically, what we have now, is a council deciding to replace an illegal fee with another questionable shady backdoor deal that doesn't just replace that revenue but increases it by 300%.
How you may ask, did they do this? IMHO, the Administrator Ken Roper, (who is a lawyer) and our hired county lawyer, Les Hendricks found the loophole and  cooked up this questionable proposal  and presented at the last reading. Lawyers are notorious for looking for loopholes.
Point is folks, the majority of our present County Council want to justify everything they spend as a "need" and an "emergency situation". In reality, they are too lazy to actually look within the budget and find alternatives to taxing us more. It really doesn't matter what the costs of paving county roads are. There are LEGAL limits as to what you can raise taxes for and how much you can raise them. That's law. That's the rules! This council with two lawyers that have their ears can justify spending unlimited amounts of any need, want, or dream- but the LAW has limits in place to restrict corruption as much as we can. Doing this huge tax hike sets precedent for corruption of every other spending limit!
Over 50 people showed up at the Committee of the Whole meeting last night, Monday, Sept 20 and stayed hoping the Chairman would suspend the rules and allow public input about their shenanigans. NOPE, it didn't happen. Actually he snubbed his nose at everyone and just wanted to say the agenda was posted on line in accordance with the laws and he was not required to do anything else.
So what do we do now?
SHOW UP AT THE MONDAY OCT 4th meeting 6:30 pm and bring your neighbors, your church members, your family, and friends who are also angry about this major tax hike!
Sign up to speak during public forum time. You'll have 3 minutes to plead your case as to why you oppose this tax hike and want it repealed. LET YOUR EMPLOYEES KNOW you have the power to fire them come election time.
We need to convince 3 more councilman to join forces with Alex Saitta and overturn this tax hike! It's a mountain to climb...are you up for it? And if they don't!  KICK THEM OUT NEXT ELECTION CYCLE and vote for someone who will repeal this major tax hike.