When SC House Representative Neal Collins began his town hall meeting on July 25th he talked about state level issues then transitioned to roads in Pickens County.  He talked about a local sales tax as a way to pay for road maintenance, using Horry County as an example.  Horry County has more than double the population of Pickens County, and they have tourism at Myrtle Beach.  Of course their local tax brings in impressive amounts of revenue, especially from tourists visiting that county.  One might ask why we should want to pay an extra tax locally when we are now experiencing automatic biannual gas tax increases that are supposed to be fixing our roads.

Collins emphasized that never in the history of the State Transportation Infrastructure Bank (STIB) had Pickens County ever applied for funds until after the current county council was elected in 2016, citing that the county never had the matching funds nor did the leadership have the vision.  What Collins purposely left out was that the previous council never could apply for those funds if they wanted to.  There was no problem with vision.  State law stood in the way, and Collins knew it.

Through June of 2016 the State Transportation Infrastructure Bank could not fund a project with a cost less than $100,000,000.00.  Counties are required to put up 25% of the money for a project when applying for STIB funds.  Our county budget is around $60,000,000.00.  There was no way the majority of counties in this state could have afforded to apply for STIB funds.  Collins knew this.  In 2016 he voted for the bill (S. 1258) that lowered the project amount necessary for STIB funding to $25,000,000.00.  That was the first time Pickens County could have afforded to apply for the money.

It is disingenuous to imply the previous county council lineup did not want to seek STIB funding.  The Pickens County Taxpayers Association had asked for changes in STIB funding.  Collins should not have assumed his audience was uninformed.

I attended Rep. Neal Collins town hall meeting on July 25 which was held in Easley at the Getty's Middle School Auditorium. There were approximately 75 people in attendance. On Collins' Facebook post the day after the event he brags, “21st Century town halls can be informative AND fun.”  Does he think that all other town halls...until his...were non-informative and boring?

Well, I didn't have any fun, and I didn't get my questions answered either. There was no newinformation that I received after attending from 6pm till 8:15 either. I already knew his stances on the questions that were allowed to be asked.

I applaud Rep. Neal Collins for holding a Town Hall meeting for his district. Elected officials need to interact with their constituents on a regular basis live and not just through email communications and social media outlets. However, he failed in creating an environment where the audience felt their questions were indeed important.

Collins' town hall meeting was not your typical town hall. Most town hall events I have attended in the past have the elected official briefly welcome the guests, and give an update on any legislation being considered or passed and then they open the floor for questions from their constituents.

I would estimate the majority of the town hall events I have attended in the past have allowed for 30% of the time to be used for answering their attendees' questions. I estimate Rep. Collins only allowed less than 10% of his event time for questions from the audience. Please note that the questions were not just limited to asking him...but you could ask questions of the SC FOR ED teachers, our Pickens County County Council Chairman, Roy Costner, as well as Easley County Council Representative Chris Bowers. But yet the event was promoted as “Neal Collins Town Hall.”

Collins' event featured a local black pastor who led us in prayer, a local Girl Scout troop who led the Pledge of Allegiance and an America's Got Talent local young singer Ansley Burns who entertained us with her singing talent. Also, Collins stopped frequently to give away door prizes to registered attendees. Yes, you heard me right.. “registered” attendees. Most town hall events I have attended you just show up...you don't have to pre- register. I guess he wanted to know WHO was coming ahead of time, because no one at the door looked to see if I had registered or not.

During Collins' town hall, he also introduced several candidates who will be running for local city positions...such as city council and mayor. Also in attendance were two state candidates, Michael LaPierre and David Weikle, who will be running in the Republican Primary to seek to replace Senator Lindsey Graham. All candidates were encouraged to keep their speeches very short when speaking about their candidacy.

It was very disappointing that there were several people who did not get to ask their questions. It was stated that Collins, the candidates, and the teachers representing SC FOR ED would remain around briefly after the end, if anyone wanted to come ask their question; however, most people didn't want to get in a crowd and wait in line after already having already waited 2 hours to ask their question. After all, they came prepared to ask in front of the audience. Yes, people could just contact Collins by phone, text, or email when they got back home to ask their question, but they came to the town hall for a reason. The goal of many of those who had a question to ask wanted ALL in attendance to hear his answer to their well thought out question. As for me, I always look forward to hear questions from fellow citizens, as many of their questions I had not even thought of to ask. We citizens can learn more from attending town hall events that do allow more time for questions that stimulate our own critical thinking processes.

Did Rep. Collins not realize that the MOSTimportant part of a town hall is the question and answer section? Did he purposefully add other speakers into his program lineup to keep the heat off of him for having to answer too many questions?

Collins had four SC FOR ED teachers speak on their concerns for legislation needed in education reform. Nothing they said has not already been published in the news. Their demands include better salary, smaller class sizes, duty free lunch and full funding of the states' budget for education. Equity seemed to be a major concern...that they think all classrooms should be equally funded regardless of which district the classroom is located. As a former teacher myself, I can vouch for the need for smaller class size, I can agree teachers are underpaid, and I can agree that the funding is not getting into the actual classrooms. My belief is that money is being wasted in the bureaucracy and administrative costs.

What I can't understand is WHY no teacher in SC FOR ED ever mentions they are forced to teach SC College/Career Ready Standards which are at least 90% in line with failed Common Core Standards. Standards drive the curriculum...their mandated tests are based on standards...many of the students are failing under these present standards. Why are teachers not demanding quality classical standards that give them more autonomy to teach children rather than teach to the test? That was the question I wanted answered.

If you did not know, Rep. Neal Collins is a pusher of the House Bill 3757 Data Warehouselegislation that SC Policy Council has warned citizens would create a “massive data collecting system that tracks children from birth through their entry into the workforce and quite possibly beyond that. I was indeed glad that a participant in the town hall asked Collins about why he sees no danger in this massive data mining. I hope all in attendance understood Collins' answer was that YOU should not worry about the data mining because they need this data much like a baseball team wanting to win a World Series needs data. He claims there is no misuse of the data and it is hacker proof. So there, do you feel safe now knowing that he thinks you shouldn't worry about your child's data? I suggest you read South Carolina Policy's informative link about this Data Warehouse legislation here:https://scpolicycouncil.org/research/lawmakers-reintroduce-data-warehouse

Another great question was asked about why Rep. Collins has not signed on as a sponsor to the Personhood Bill to protect the unborn. Collins' answer was he did not usually sign on to bills that he had not personally worked on and been involved in, he worries about unintended consequences that may result from a bill that he hasn't actually been part of the 'lawyerly language”. So what unintended bad consequences can happen in saving an unborn child's life? I sure don't see any. But I'm not a lawyer, and I think Collins thinks that only lawyers can sift through the unintended consequences because we the people don't understand “lawyerly language.” I suggest you read up on the Personhood Bill here:https://personhood.sc/history-personhood-legislation/

Collins also tried to explain why our roads are not getting paved quick enough even after a gas tax has been put in place. It seems as though he thinks we should add a penny sales tax in our county and that would hasten the process. I don't know about you ...but I'm taxed enough already. I watched a Prager University video the other day entitled “Why Can't America Fill a Pothole?” and the answer was not because more of your tax dollars are needed...you can view that video here: https://youtu.be/RY-mlcgFCc4

In summary, I hope Rep. Neal Collins pays more attention to allowing the audience to ask valuable questions instead of trying to “entertain” us.

The motivational message you needed to hear today ...

Conservatives Of The Upstate Monthly Meeting 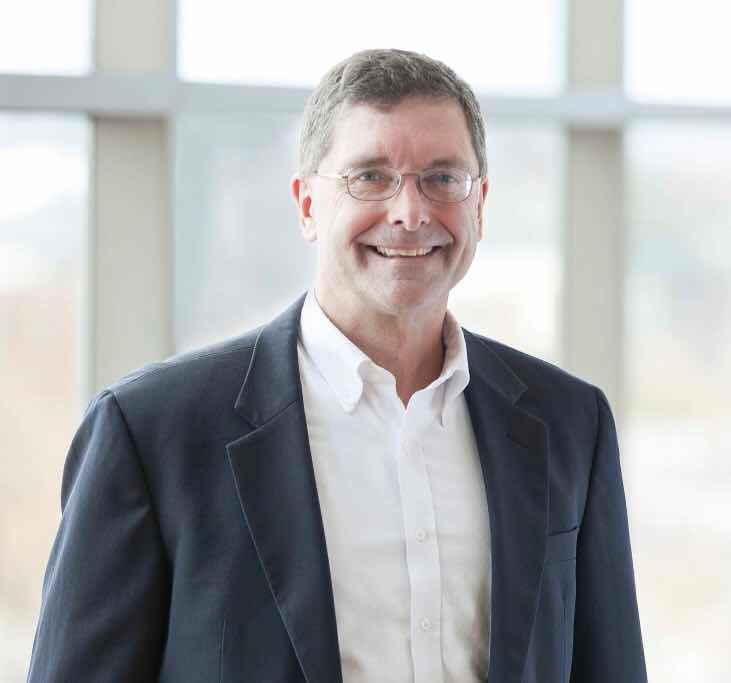 Conservatives of the Upstate’s August monthly meeting will host special guest speaker Michael LaPierre who is challenging present S.C. Senator Lindsey Graham for his seat in the 2020 Republican Primary. LaPierre’s website can be viewed at this link: https://lapierreforsenate.com/Join us to find out why he is running and how his vision is different from our present Republican Senator Graham’s.

The meeting will be held on Tuesday, August 13th 2019 beginning at 7pm at the Gatehouse Restaurant located at

The public is invited to attend . Please order off their

delicious menu to support our local restaurants and use of their meeting room. 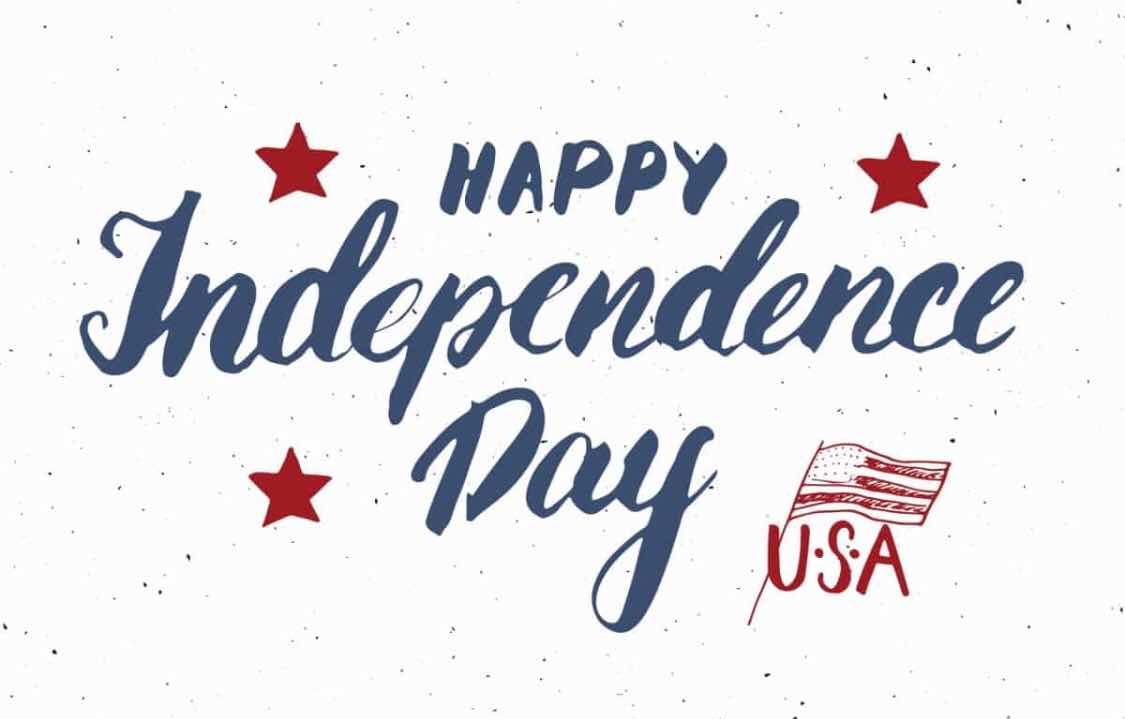