Collins Thinks Children Are Just Cogs In A Wheel ..

Easley SC Rep Neal Collins’ House Bill 4596 that pushes CBE is proof he thinks children are human capital and are cogs in a wheel ...


His Competency Based Education legislation was passed by the SC House easily and is now in the Senate. 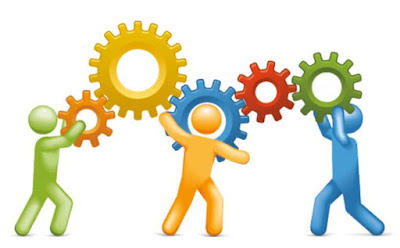 Could Competency Based Education be greatest thing since sliced bread? Could it be a disaster? Could it be the silver bullet SC needs to improve our rankings in educational achievement? Could it actually widen the gaps between the haves and have-nots in our counties? Could it make the children who daily struggle to give up on their dreams of being a doctor or lawyer or entrepreneur altogether? Could it be just the ticket to inspire children not to drop out of high school? Could it be the latest boondoggle band wagon that only makes those who want to data mine children rich while using children as guinea pigs?


Let me ask you this question... Who in their right mind would recommend an experimental drug on a child that has not been proven to be in the best interest of that child? Would the FDA approve a drug that has not had proven success? Who wants to approve the use Competency Based Education in k-12 with little to no concern for the possibility that this style of education could actually harm a child or have damaging unintended consequences?

I for one am tired of our teachers having to switch horses in the middle of the stream and take on a new educrat pushed agenda as the next fad in supposedly a quality education. It’s no wonder quality teachers are quitting and no one wants to enter the teaching profession anymore. Teachers are not being allowed to do what they were trained to do...and that is teach! They are being forced to take a back seat and only be facilitators of the educrat legislators” latest boondoggle education reform. Many of these legislators who passed this legislation haven’t ever taught or even been in a classroom for more than an hour, as well as the fact many legislators who passed this bill don’t even have a child of their own like Neal Collins.

Please educate yourself on the dangers of Competency Based Education and where it will lead us in SC. Call your SC Columbia Senator and tell him this Neal Collins bill who actually got kicked off the Education Committee is just another costly boondoggle which will not produce the outcomes needed in SC for public schools to improve...and in fact only serves the purpose of making children human capital and cogs in a wheel worker bees.