Instead of govt bans ... what about govt issue? 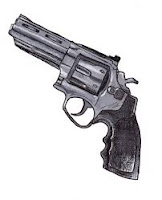 "Switzerland's high rate of gun ownership is tied to the fact that it does not have a standing army so virtually every male citizen is conscripted into the militia where they receive comprehensive weapons training. Since they are a militia, they keep their government issued weapons at home. Therefore, many of the guns in Swiss homes were issued to them by the government and most Swiss gun owners are highly trained in gun safety.

When Swiss militia members complete their service they are allowed to keep their weapon once they've been approved for an acquisition permit and can prove they have justification for having it. Private ownership of guns, along with ammunition, is also allowed under an acquisition permit with certain restrictions, including against those with criminal records and history of addiction and psychiatric problems. And every gun in Switzerland is registered by the government."

Switzerland has one of the lowest rates of gun violence and gun related deaths. . . .