Must be an election year ...

This is unconstitutional - it unfairly discriminates against the majority of taxpayers. It sounds more like a campaign to get votes.

If the governor is so opposed to taxes he should have worked harder against the gas tax increase. 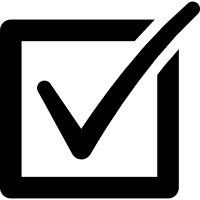 $22 Million Annual Exemption For Veterans, Police Officers, Firefighters, and Peace Officers
January 5, 2018
COLUMBIA, S.C. – Governor Henry McMaster today announced a bold tax reform proposal, included in the 2018-19 Executive Budget, that permanently and fully exempts military veterans and retired first responders, including state and federal law enforcement, firefighters, and peace officers, from paying state taxes on retirement income.
"There's no way we will ever be able to repay these men and women in uniform for the true value they add to our state and our community, but this is one example of how we can show our gratitude and appreciation for their service," said Gov. Henry McMaster. "This income tax exemption on retirement pay will reaffirm the unwavering commitment of South Carolinians to these people who have chosen to serve."
The governor’s proposal, in its first year of implementation, would result in an over $22 million tax cut for the men and women who put their lives on the line in the name of service to South Carolina and to the country.
Scored by the South Carolina Revenue and Fiscal Affairs Office (RFA), the governor’s proposed exemption for South Carolina's 37,863 military veterans is an augmentation of Act 272 of 2016 and will result in average yearly savings of $524 for military retirees under the age of 65 and $210 for those 65 and older. In total, the exemption for military veterans will result in a tax cut of over $14 million in FY 2018-19.
The governor’s exemption for South Carolina's 20,370 law enforcement officers, firefighters, and peace officers was similarly score by the RFA and is expected to result in an $8.5 million yearly tax cut – an average of $713 yearly savings for a retiree under the age of 65 and $102 for those 65 and older.
"I want to thank the governor for this great initiative, along with all of our inter-agency partners here," said Maj. Gen. Robert Livingston, Jr., Adjutant General of South Carolina. "We command troops that do great things for the people of South Carolina and for people across this nation, so thank you for recognizing that sacrifice. The other thing, as a long-term citizen of South Carolina, that I'm excited about is the economic prospect of bringing people into South Carolina for retirement. ... Thank you, governor for your leadership and for your commitment to propelling this great state forward."

"As we gather as leaders across this state and across the country in law enforcement, one of our concerns is recruitment and retention - this initiative is going to put a great tool in our tool box to be able to recruit good people and keep them in our profession," said Lexington County Sheriff Jay Koon. "We can't say how much we appreciate this initiative - it's going to go a long way in law enforcement."
"This is an important day and an important initiative," said South Carolina's State Fire Marshal, Jonathan Jones. "This is important, not just to recruit new people to our profession, but to retain those who have dedicated their lives to it so they can pass on the knowledge, skills, and abilities to the next generation of firefighters. The governor mentioned that we can never repay the value of the firefighters who often times, in the execution of their duties, endure perils and some that pay the ultimate sacrifice and put their lives on the line day in and day out for the citizens of South Carolina, and I thank him for the commitment he has shown to our community and look forward to working with him for many years."