About Trump’s State Of The Union Address ... 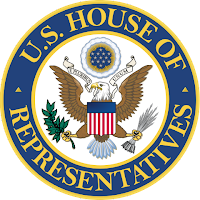 President Trump’s bold State of the Union address to Congress was an excellent display of leadership and vision. It is refreshing to have a President who has made the people’s priorities his own and who resonates with the goals and aspirations of the country. We have someone in the White House who gets it - someone willing to move power from Washington back to the people where it belongs.

After eight stagnant years, President Trump has ushered in a renewal of the American spirit and the American economy. The nation has greatly benefited from historic tax cuts, a booming economy, remarkable job creation, a record-setting stock market, and low unemployment numbers just after one year in office.

He has ensured that all Americans have the right to life, liberty, and the pursuit of happiness by securing our nation and strengthening our military to defend our freedoms. He began addressing our readiness and security issues on day one, and he has put the needs of our servicemen and women as a top priority. That commitment especially extends to our veterans, where President Trump has made rooting out corruption and mismanagement at the Department of Veterans Affairs a top priority. I was also excited to hear that the President has taken the closure of the terrorist detainment center at Naval Station Guantanamo Bay off the table. This was an issue I have long championed, because like the President, I believe that no state should become a terrorist dumping ground.

Simply put, he has put America first, which is something we had not seen in years. The message delivered tonight is the message of the American people. President Trump’s achievements in the first year are countless, but there is still much work to be done. I look forward to working hand in hand with the President as we continue to Make America Great Again for each and every citizen of this great country.