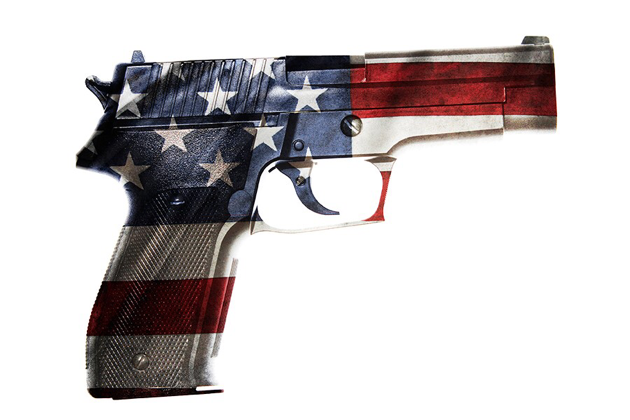 Interesting conversation that I would like to share ...
A friend posted ...
Stop. Stop. Stop. STOP. Please stop killing each other! And PLEASE stop saying guns don't kill. Yes. They. Do. Just STOP.
My replies ...
Sorry. Have to disagree.
Guns are inanimate and abundant.
If we banned guns at this point, there's so many - so many in the black market - that only criminals would have them.
I also divert attention to the Boston Marathon bombers - pressure cookers were used.
As for terrorists - they are mostly funded and equipped outside this nation where gun laws (and morals) aren't in effect.
Plus, right now, in our hands, we have a phone that anytime - anywhere - can show us how to make a gun from $75 at Home Depot.
Personally, I'd rather have a real gun so I can shoot the guy trying to harm me with a pressure cooker or Home Depot gun.
Unfortunately it's not a gun debate. I could care less if I could buy this or that gun. I am a gun owner though.
I fully understand that the right to bear arms means nothing today in regards to government tyranny. The government now has more power than the 2nd amendment could have ever imagined possible. We could not possibly defend ourselves against a tyrannical government any more.
So to me, it's not a gun debate. You cannot, will not, and should not try to legislate evil or stupidity.
The blessing of liberty is also a curse - a curse that someone will be jealous you have been blessed.
Again, I refer to another two incidents ... It just is always a different day, a different name.
911 = planes
OK City = fertilizer
The Internet is a blessing as well. Though many are using it to recruit and perpetrate evil - and steal the blessings of liberty from others.
What's the answer then?
Well. Switzerland, considered one of the most peaceful nations, requires being armed and requests vigilante justice from its citizens.
There's less deaths by gun violence per capita in Texas because they have open carry and a high death penalty rate.
I'm not saying these are answers. I'm saying what I see.