Yes, but the average is higher BECAUSE of teachers ... 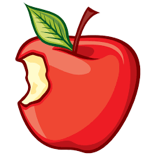 More than 600 of the Pickens County school district's teachers, administrators and staff earn $50,000 annually or above, according to figures requested by The Greenville News.

The district employs about 2,000 people in all.

By comparison, the median household income for South Carolina was $47,238 in 2015, according to the Census Bureau's American Community Survey.

The median per capita income for South Carolina was $25,627 in 2015, according to the Census Bureau. That figure is based on mean income for every man, woman and child (15 years and older) in South Carolina.

Take into account that these figures also combine these numbers into the stats ...

Remove educational salaries from our income averages and you have MUCH lower average incomes here and across the state.