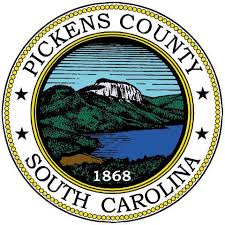 A press release from Pickens County Public Relations indicates that funds used in Liberty may have been a conflict of interest and didn't bring in any sort of reasonable tourism return on taxpayer dollars. Contrast this expenditure with a track at Southern Wesleyan recently discovered to be funded improperly with "council slush funds".

County Council met for a Planning Retreat and Meeting on Saturday, January 14th at the Pickens County Airport. The meeting was an opportunity for members of Council to receive a financial update, consider a cost-saving proposal for inmate food at the jail and stockade, as well as set Council goals and objectives for the coming year.

At Council’s Organizational meeting on January 4, 2017, concerns were raised about the current procedures for the allocation of recreational funding. Council voted to freeze any distributions from the funds until it could receive a full briefing from staff on current practices. After receiving that briefing at the Retreat, Council gave first reading to a proposed ordinance that would reform the recreational funding process.

Of specific concern was the use of recreational funds in the operation of the Liberty Civic Auditorium. In the past year, the county spent $62,434.00 on performances at the Auditorium. These shows included a Karen Peck concert and three dates of a Carolina Songwriters Series. Average attendance at these events was between 100-150 people, while ticket sales only generated $1,622.00. The balance of expenses came from taxpayers. As such, Council directed staff to explore options to make the venue more cost-affective. One proposal was the establishment of a non-profit fundraising board for the venue, which could seek sponsorships for performances and advertising, creating less of a burden on the taxpayers.