As reported by The Washington Times:

A Dallas teacher was placed on administrative leave Thursday afternoon after a video showing her firing a water gun at an image of President Trump and yelling “die” was widely shared on social media and conservative news sites.

“Today, we were made aware of a social media posting being circulated involving a teacher at W. H. Adamson High School,” the Dallas Independent School District said in a statement, The Dallas Morning News reported. “The teacher has been placed on administrative leave and the district has opened an investigation.” 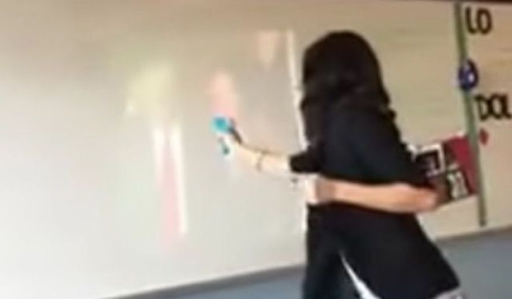