Eight years ago, I ran for the School Board of Pickens County. I really thought I had a great chance to win the election. I was well qualified: Former General Manager and Vice President of two very successful Textile Companies, President of Quality Systems Technologies that developed a quality training system that twenty five companies embraced, writer of two books on education (one about the local education process and what was needed to improve it), was a long time resident of Pickens County and had attended nearly every School Board meeting for years.I had three sons that had attended the local public schools as well as other private Christian schools, so I was familiar with education of both types. However, I was a Conservative, having studied under Hugh Macaulay at Clemson and attended Freedom School in Colorado sponsored by Milliken and Company. The administration and teachers of Pickens County didn’t want anyone that would not vote for increased spending on buildings, salaries, and benefits.The local Superintendent of Schools and my opponent communicated just what all they would do for the teachers. Teachers were given a day off to come and vote for my opponent. Signs with my opponent’s name were placed all over the district ~ advertising a program for the schools.Although there was no mention of building new schools during the election, as soon as my opponent was elected, the school district sold $336,165,000 worth of revenue bonds (not general obligation bonds with the full faith and power of the Pickens School Board). This was done against the SC Constitution ~ to ONLY borrow 8% (or less) of the appraised value of all property in Pickens County in general obligation bonds. Never-the-less, a scheme was concocted to call it a "lease purchasing agreement" and a dummy corporation was created to promulgate the atrocity against the people of Pickens County. Since that time, teachers and administrators have realized that if they have the votes of the School Board, they can get raises, build buildings, etc. at will. So the education community has formed a political party of sorts to take over the Board. It is made up of teachers and administrators and their extended families. Also included are “friends of the educational community” usually with children in the schools ~ propagandized by such political maneuvers as closing your alma mater, removing prayer, and calling tax raises "just a night at McDonald's". Not a bit of this is legal and this system is wrecking the retirement plan for the state which is over $20 billion dollars underfunded this day.What laws do they break?

SECTION 3. System of free public schools and other public institutions of learning.

​The General Assembly shall provide for the maintenance and support of a system of free public schools open to all children in the State and shall establish, organize and support such other public institutions of learning, as may be desirable.

SECTION 5. No tax without consent; taxes to be levied in pursuance of law.

​No tax, subsidy or charge shall be established, fixed, laid or levied, under any pretext whatsoever, without the consent of the people or their representatives lawfully assembled. Any tax which shall be levied shall distinctly state the public purpose to which the proceeds of the tax shall be applied.

If the educational people that are running for the School Board are elected, the public can expect more of the same.

Alex Saitta is your only choice!

He consistently votes for keeping our schools open, for not removing teaching positions, and conservative spending. 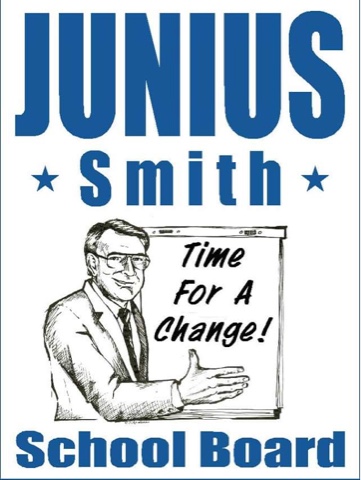