A conversation about the jail with an old Milliken man ...

I am an old Milliken Man. Roger Milliken had the opinion and I have not seen it fail that if you build more storage, it will be filled up. Recently on Fox News, a sheriff had taken a number of steps and had reduced his inmate numbers by an average of 75-100, making a new jail unneeded. Our jail needs some repair for sure. The sewer system is a must , but we can get that done without a tax increase. It is a shame that we did not have more people attend our "Meet the Candidate Meetings at Conservatives Of The Upstate" , because each candidate posed his solutions on this problem. It requires a commitment to excellence by the Sheriff and his team, the judicial people, lawyers, the county council and cities. If you have read my stuff on facebook, I have given about four or five suggestions, but unless the above group is committed to the fix, it will not happen. The poor people of this county (average income = $17,000 for non teachers, $47,000 for teachers, $85,000 for administrators (2012 figures according to Appalachian Council Of Governments aka ACOG) are taxed to death now. Our goal should be to lower the number of inmates and reduce crime in Pickens County. My group will not approve of any tax increase.

A log of inmates with their number of days could be furnished to the Judges and Lawyers and County Council weekly.  This would let everyone know how long these inmates are waiting on justice as guaranteed by the Constitution.

New jails, and major repairs are expensive. The Sheriff's Office and the taxpayers are a victim of an over-spending school board who has us millions in debt.

This morning on Fox They had a sheriff and I did not get where he was from, that said they had reduced their prison population by 75-100 inmates and that one of the most important things they have done was get a partnership with the judicial system.

Conservatives of the Upstate was the first to say the same things to Lt.Leopard, Head Jailkeeper of Pickens County ~ months ago and to the County Council on three occasions. 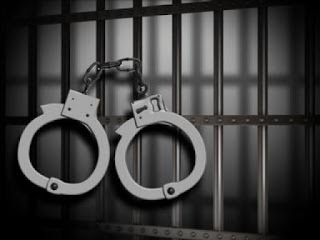