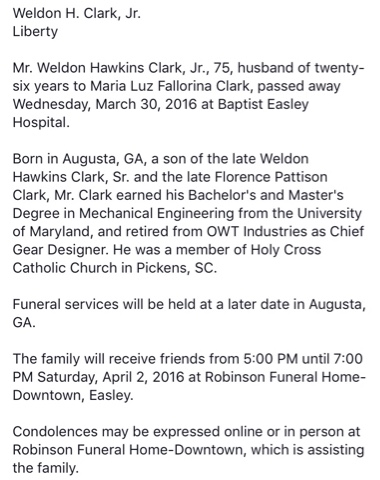 Meeting regarding action against Pickens School Board ...

A free Pickens County community meeting will be held Tuesday, April 12, 2016 from 7pm till 8pm to provide information for concerned citizens over the recent School Board decision to close two of our rural schools.
This meeting will provide updates on the three plans in place to fight back against this decision which was clearly against the WILL OF THE PEOPLE OF PICKENS COUNTY. The three plans are #1 Law Suit  #2 Charter School  #3 Refusing the Spring high stakes tests .
Grassroots activists will be our speakers and hopefully we will try our best to answer your questions about the plans.
Donations will be accepted to pay for the retainer fee of our lawyer we have retained.
Meeting will take place at the Pickens Senior Center located at 129 Schoolhouse Street, Pickens, SC. Park in the back and enter through back entrance. Turn left down hallway and meeting will be held in multi-purpose room.
No comments:

When someone on social media tells you how great Denmark is ... 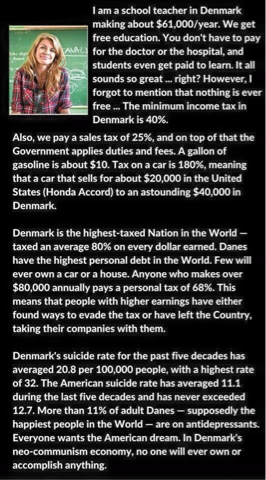 It's bizarre to me when someone compares Denmark - roughly the size and population of Massachusetts to the entire United States with 10,000x+ the size and 55x+ the population.

Email ThisBlogThis!Share to TwitterShare to FacebookShare to Pinterest
TAGS: taxes 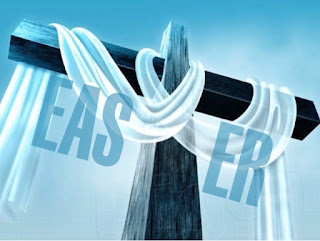 A Tyrannical School Board by Johnnelle Raines

A Tyrannical School Board
Tyranny is “cruel and unfair treatment by people with powers over others” according to Webster.  Thomas Jefferson once said, “Experience hath shown, that even under the best forms of government those entrusted with power have, in time, and by slow operations, perverted it into tyranny.
This is exactly what has happened with the Pickens County School Board with the recent closing of two rural schools against the will of the people. Is that not unfair and cruel?
The overwhelming majority of the citizens of Pickens County did NOT want these two schools closed and made their wishes known to board members.  Only two school board members listened to the will of the people; Alex Saitta and Henry Wilson.  They obviously don’t believe in tyranny.
The other 4 members shut people out in the rain when the decision was made, ignored motion after motion by Saitta and Wilson to give more time and thought for the will of the people to prevail.
After a call in blitz that was held recently, it has become quite clear that the SC State Board of Education will do nothing even though they do have the ultimate authority over education according to the SC Constitution.
It has become quite clear that Gov. Nikki Haley is not going to intervene.
None of our Pickens Legislative Delegation members have offered any solutions.
Isn’t it interesting that all of the above elected officials will get involved in situations that “they” think are important; like take down the Dixie flag?  But yet when WE THE PEOPLE feel there is an unjust tyrannical school board holding our schools hostage for ransom we get just a …”sorry we can’t help.” When the board threatens to close schools because you aren’t giving them enough money… that is extortion!
Edmond Burke once said, “All tyranny needs to gain a foothold is for people of good conscience to remain silent.”
Don’t remain silent people or there will be more tyrannical decisions made by these tyrants!
No comments:

Easley resident Rick Tate filed paperwork to run for the SC House District 5 seat on Friday, March 18th.  The district includes Easley and parts of Dacusville, Liberty, and Powdersville.  For Tate the responsibility of being a House Representative includes being a delegate and trustee on behalf of the people in Pickens County.

Mr. Tate has helped Pickens County residents stand up to establishment politicians that have ignored the interests of the taxpayers.  In 2015 Tate was elected First Vice Chairman of the Pickens County Republican Party.

Since the 1990’s Rick Tate has worked with other citizens to engage elected officials over issues such as education.  On this he says, “Becoming a parent brought home the importance of choices we have to make about our children’s education.  I looked at options we had as parents and became an advocate of school choice.”  Underfunding of the state’s school districts has been a major issue for Tate.

On business related issues Tate states, “I have been in a supervisory position making tough decisions about others’ employment.   Having had my own small business, to me taxes and regulation are realities, not just political buzzwords.” 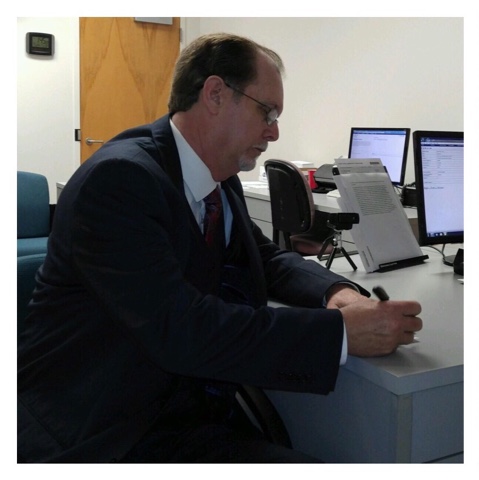 An overview of taxation in Pickens County ...

Rex Rice, candidate for the SC Senate District 2 seat currently held by Larry Martin, will be the guest speaker at the next monthly meeting of Conservatives of the Upstate.
Mr. Rice is a former member of the SC House of Representatives. The public is invited to attend the meeting and ask the candidate questions. The meeting will be held on Thursday, March 10, 2016 at 6:30 PM.
The location is:
Blue Ridge Bible Church
769 Belle Shoals Rd
Pickens SC 29671
No comments: