A Texas Police Chief tells Freedom From Religion Foundation that threatened The School District Of Pickens County to "go fly a kite" ...

From The State Newspaper ...

S.C. lawmakers have until February to draft legislation to improve the state’s rural schools.
That deadline was issued Thursday by the S.C. Supreme Court, less than a year after the state’s highest court ruled South Carolina is not meeting its constitutional obligation to provide a quality education to children in low-income schools.

In a 3-2 order issued Thursday, the court gave Republican Gov. Nikki Haley, and the leaders of the GOP-controlled House and Senate a Feb. 1 deadline to develop a plan – including legislation – to improve those schools.

It will be interesting to see what the legislature does about " minimally adequate education".  This is a phrase coined by the Supreme Court and is not a law of the state of South Carolina.  The Constitution of this State concerning education is covered in Article 11 Section 3 making the State responsible for education funding from buildings, teachers salaries and benefits, and all operational expenses.  This cannot be changed without a vote of the people to change the Constitution.  The courts cannot demand that the constitution be changed by the legislature because that in itself is unconstitutional.

P.S. All the legislation that has been passed since 1950 is illegal such as the Education Finance Act and has passed a lot education finance to the counties. The politicians are daring us to sue on Constitutional grounds spending our hard earned money while they will use our money to fight us. The Pickens County School Board has usurped the responsibilities of the State and has cost the people of this county a fortune.

Pastor is asked if abortion is killing babies ...

This is an excellent video to understand the sides in the Planned Parenthood debate:

Please register to vote and have a voice ...

The number of parents homeschooling their children has surged more than 60% in the past ten years ... 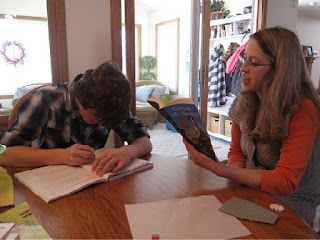 Conservatives Of The Upstate Update ...

Dear Conservatives,
There will not be a meeting this Thursday as regularly scheduled.  We are concentrating on the scheduled GOP meeting that will take place at 7 pm at the Rosewood
Center in Liberty on September 17, 2015.  If you care about your freedom and Conservative beliefs, you will come to this meeting or make room for "moderates" to take over by some type of under handed method as they did at the county convention.
We have politicians who do not care about the party platform and do not follow the same.  We have to deal with this type of attitude.
Junius Smith
President
No comments: