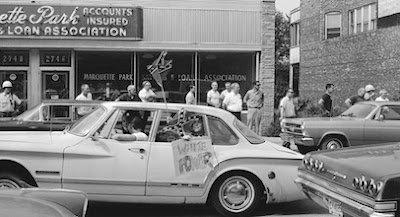 My grandparents came to Ellis Island in 1923. My parents spent their entire lives up north. I spent 40 years of my life in New York and about 10 years in South Carolina. I’m a northerner. I don’t have a southern heritage. Slavery is not in my family history or even part of the area I grew up in. Actually, none of this is my history. I can’t relate to most of it.
What I do know is I've met a ton of white southerners who over the years have expressed strong feelings about the Civil War, southern history, states’ rights, the Battle Flag, slavery, the whole gamut. As a researcher by nature, I took it all in.
Depending on who you talk to, they see the flag as representing one of three things: One is their southern heritage. What the south had, and what it lost. Second, and most relevant to today, they see the flag as representing states’ rights. Without a southern heritage or a history tied to slavery, to me the flag represents states’ rights. Particularly that South Carolina had the guts to say, we are tired of being pushed around by the federal government, federal courts and federal politicians, and we are out of here. After last week’s federal court rulings that stomped on the states, the issue of states’ rights is more relevant now than ever. Finally, many southerners look at the flag as honoring their relatives who fought in the war, gave it their all, and lost everything. When I look at some of them today, I can see a bit of their ancestors that fought in the war. The lineage is surreal to an outsider like myself.
I can’t think of one white southerner I’ve met and have come to know that sees the flag as a sign of slavery or racism or white supremacy. Obviously they are out there, but I would say they are few and far in-between. By and large I think most have forgotten the slavery angle of the Civil War and they’ve long accepted integration. Like I’ve said, I’ve had scores of conversations about the Civil War, the 10th amendment circa 1860, slavery, battles of the war, etc.
I’m from New York. The racial tensions are so high there, you can count on the following chain of events whenever something occurs: An incident occurs, the political leaders and community activists jump in and play the race card throwing gasoline on everything and everyone, the media jumps in and throws a match on it all, profiting from a spike in viewer/ readers that follows. Protests start, and it culminates in street violence, clashes with the NYPD and then maybe a small scale riot. Just off the top of my head: Freddy’s Fashion Mart protest and fire, Gavin Cato’s death on a bicycle, Bernhard Goetz’s subway shooting, Howard Beach, Amadou Diallo sodomized by the NYPD, the list goes on and on. Entire political and community activists’ careers and organizations were built upon racial divisions and exploitation.
You can see in Charleston there were some attempts to escalate these murders to protests to violence down on the ground, but it didn’t happen because the people of this state don’t see the state as strongly divided on racial grounds. As a result, racial division and unrest has not become an industry here like it is in New York City. If racism on both sides in New York City is a 10. Here I gauge it at a 4.
So it is quite unfortunate, the national media has taken this flag controversy and used it to paint flag supporters and too often all South Carolinians as racists or white supremacists. That is an unfair characterization and simply untrue. If someone from NBC news asked me what I thought, I’d say, and how long have you lived in South Carolina? How many South Carolinians are you friends with? Once I got the deer in the head lights look, I’d tell them what I wrote above and say you are operating in a 1960’s time wrap and are clueless to sentiments today. Take your camera (lighter fluid and matches) back to New York, Chicago, Los Angeles or where ever you came from and go fix the problems up there. These people can handle this themselves.
Here is a story that makes my point -- using 1960's photos, written by someone who works at the University of Illinois. Distort and amplify.