Results of The Petition Drive by Conservatives Of The Upstate ...

The following is the results of the petition presented to the Pickens County School Board at the April 2015 meeting by Johnnelle Raines:


We have a grand total of 2,071 signatures. The breakdown is as follows:

The following 1,980 signatures have been verified by address as living in the following city/town

We also have 118 more signatures that were acquired at several of the location sites and these people did not put their address information, some did put telephone numbers though.

There are approximately 120,000 people living in Pickens County, so our grand total represents approximately 1.73% of the population that we sampled who DO NOT WANT A MILLAGE TAX INCREASE… Out of those we personally spoke with asking those to sign the petition it is estimated that around 30 said they thought we should raise the taxes or else they would close their child’s school…or they believed teachers needed a raise, or that the children needed more supplies and better technology. Many of those who favored a millage increase either worked in the school system or were related to someone who did or were retired educators themselves. The most common reason for signing the petition was “we are taxed enough already, the school board just needs to budget better.”
It is important for all of you to note that during this petition drive we learned the following:

#1 People have a fear of retribution by the school board or SDPC employees if they signed. And due to that reality we will not be turning the whole list over to the School Board.

#2 People expressed the opinion…”Why sign it...they are just going to go ahead and do what they want to do anyway...they went around us on voting down building all those new schools…so why do you think a petition will help stop a tax hike?”

#3 Senior citizens are in real fear of having to pay more property taxes when they are struggling to make ends meet and are in fear of federal and state taxes going up in the near future as well. Many of the senior citizens lost all of their accumulated retirement money with Carolina Investors. Many are struggling with rising medical costs and simply fear losing their homes due to not being able to pay their taxes.

#4 People are very eager to share they are fed up with the government always wanting to take more money out of their pockets instead of budgeting and cutting excessive waste in government.

#5 The so called Concerned Citizen people who are advocating for more taxes have no clue what the average Pickens County citizen’s hardships are and they seem to think EVERYONE can afford more of a tax burden simply because “THEY” can.

In summary, Conservatives of the Upstate along with Pickens County Taxpayer Association hereby declare that:


NO tax millage increase should be levied against the will of the Pickens County Citizens.
No comments: 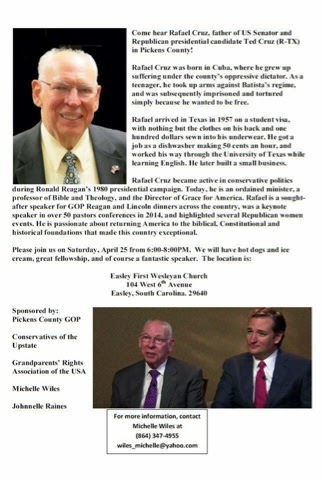 Why worry about Robert's Rules Of Order when you vote against The Constitution?

When you take office one swears to "preserve, protect, and defend" the South Carolina Consitution.

Email ThisBlogThis!Share to TwitterShare to FacebookShare to Pinterest
TAGS: constitution

A RESOLUTION OF THE PICKENS COUNTY REPUBLICAN PARTY
ASKING ALL ELECTED OFFICIALS TO FOLLOW THE CONSTITUTION IN REGARDS TO FUNDING EDUCATIONWhereas, the Constitution of the State of South Carolina in Article 11 Section 3 states, "the state shall provide for the maintenance and support of a system of free public schools open to all children of the State", and,Whereas,  the people of South Carolina did fund schools through the income tax and the alcohol and tobacco tax as late as 1950, when Governor James F. Byrnes asked the people to approve of a 3% sales tax for the educational purpose of exclusively building schools, and,Whereas, later on in the 1980's Governor Dick Riley asked the people  to fund another 1% sales tax exclusively for education, which they did, and,Whereas,  In 2006 the General Assembly passed Statutory Law 388 which  added another 1% sales tax to alleviate home owners from school tax on their individual residences, and,Whereas, all of the above amounted to a 5% sales tax for education, andWhereas, the Educational Lottery brings in another $323 million dollars for educations, and,Whereas, even though the people of this state have provided all these funds for education, recent court orders confirm the state is not meeting the requirements of  Article 11 Section 3 of the Constitution, and therefore, has violated the same, and,Whereas, withholding of state funds already collected creates a situation where local school boards go back to the taxpayers for more money to fund the gaps created when the state spends monies collected in the general fund, for non-core governmental activities, and,Whereas, the situation creates enormous friction within the communities across the state related to education funding, therefore be it,Resolved, that the Pickens County Republican Party believes the General Assembly should work earnestly to adequately fund education with monies already collected for that purpose, and be it,Resolved, that all teacher pay scales should be equal across the state, and all building, books, supplies and all other expenses associated with education should come from state coffers, and not  through a hodgepodge of local taxes, while state funds collected for education purposes are spent on other things or squandered on pet projects.
No comments: 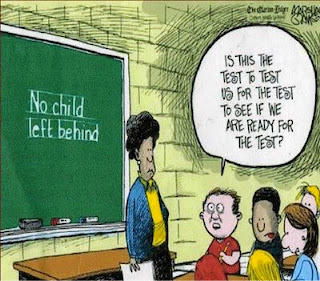 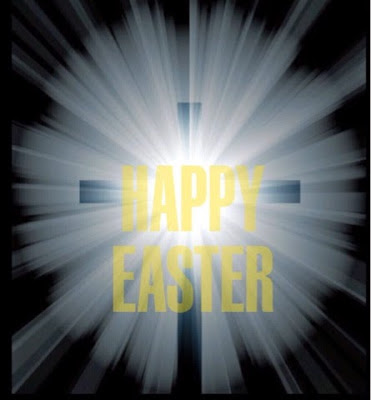 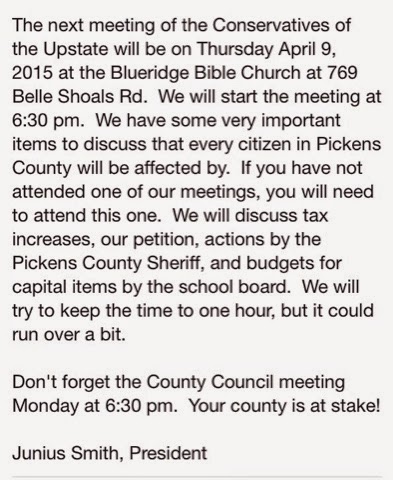 Conclusions: The Part the State Plays In Education

Conclusions: The Part the State Plays In Education

It seems that the State Government of South Carolina has played loose and fast with the people of the State.  From the preceding articles published in the ConservativesOfTheUpstate.com one can readily see that the State has not properly funded education according to the promises that were made:  3% of our current sales tax was put into place by the James Byrnes administration in 1950 for the purpose of building schools, 1% by Governor Dick Riley of Greenville for the "children",  and 1% by Act 388 as a swap for personal resident property tax.  At some time in history, the alcohol and tobacco tax was used for education and so was part of the income tax, but when a "General" fund was created, education has taken a back seat to the pet projects of politicians: Bridges,  tremendous expansion of roads near the beaches, the dredging of Charleston Harbor, and social promotions have taken a huge bite out of the education money.

The General Assembly, through Statutory Law and the appointment of the "right" Supreme Court judges, has trumped Article 11 Section 3 of the Constitution, and shoveled a large portion of their responsibility on to the counties.  Some of the judgements include the coinage of words and phrases such as "minimally adequate" and "local effort".  Most taxation, especially sales tax, is a local effort, and you don't hear any politician tell his constituents in a campaign that they are for "minimally adequate" schools.  Debt is being created through schemes which are certainly in conflict with politicians' oath of office to preserve, protect, and defend the Constitution of South Carolina.

When a financial crisis came upon SC State University, the State swiftly legislated that the Board Of Directors from the school was eliminated and the President of the University dismissed. Again, pointing to the State having complete control of the schools.

In closing, it needs be remembered that when Clemson wanted to refurbish Littlejohn Coliseum at a cost of $63,000,000+ and paid for by private funds,  they had to get multiple approvals from State agencies, while Pickens County has spent $400,000,000 on unapproved construction and is in the business of refinancing bonds they do not even own and cannot own according to State law.  In addition to that, they continue to create debt on projects and when they want to, spend the money on some other project, all approved by a Law firm in Columbia and by the SC Supreme Court.  The Attorney General's office says they can't help because they are not staffed to investigate. The State Ethics Office says it is not illegal for a politician to benefit directly from their vote "if it helps others" when they do it.  It is, not, in their opinion, a conflict of interest.