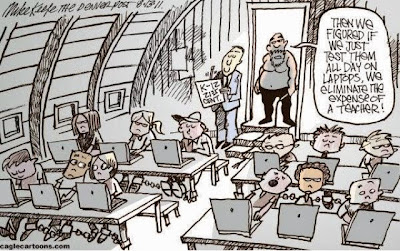 The failed Educational policies of the South Carolina General Assembly in the last 65 years1.  In the early 1950's there were 11 grades and no kindergarten, so the General Assembly of SC added Grade 12 for the purpose of better preparing students in the sciences and math such as physics, chemistry, biology, algebra, geometry, and trigonometry.  The cost of education went up 8.3% across the board as there were curriculum experts and other administrators added at the district offices along with assistants to this and that.  Graduation rates are down not up.  The students don't take the difficult courses if they can be avoided.  College professors complain that the students are not properly prepared.  Early dismissals were given to students who were not planning to go to college.  Some courses were spread over twelve years rather than 11.  Counselors were added, but they were usually a teacher with extra duties.2.  In 1950, James Byrnes asked the people of South Carolina to grant him a 3% sales tax for the purpose of building "separate but equal" schools to avoid integration.  When the federal courts denied this practice, the General Assembly did not take the tax off, but took hold of the money for purposes other than what they had told the people.  Later Governor Riley, a Democrat from Greenville, added another 1%, for the children. In 2006, Act 388 added another 1% sales tax to eliminate property tax on personal residences.  This made for a total of 5% - then tack on an educational lottery which the people were told that it was "for the children", but in actuality, is mostly used for college scholarships for state high school and college students with a B average.  Immediately the colleges went up massively on tuition which amounted to another tax on the families of SC who sent their children to state colleges.  This gave the colleges a massive increase in revenue, and allowed them to pay professors a lot more money and add massive increase to administration.  The graduation rates in colleges have been low and families have wasted much money trying to get their children through college.3.  The General Assembly has taken statutory legislation and used it to rewrite the Constitution of the State.  There have been several huge educational legislations that violated Article 11 Section 3 which says the State is responsible for education.  The Education Finance Act was one of the first and without going into the guts of this unconstitutional act, the General Assembly coined new words to describe their action towards making the Counties responsible for funding while they maintained control.  One of these words was "local effort" which meant the counties would have to massively raise private property taxes.  The General Assembly gave them the tool to do the job: Property reassessment every five years. They change the bases in order to increase property tax. They then published such goring reports as the rank by county of "local effort".  What did they think the 5% sales tax we were paying to the State was; foreign effort?  This "local effort" law touched off a war between the teachers unions, liberals, and associations and the conservative groups in the State over more money for teachers and administrators.  Instead of working together to help solve school problems, we fight with each other.  Good job General Assembly!Next the State Supreme Court got into the act.  To digress a bit: The Supreme Court Judges are appointed by the Senate, and one Pickens County official is quoted as saying at a public meeting, "We put them in and we can take them out" when speaking of judges in the 4K Kidergarten funding case.  After Judge Cooper ruled against the State, he suddenly retired.  The people wonder why? In an Abbeville County case, the State was sued under the premise that the Education Finance Act was illegal. During this case the term "minimally adequate" was coined to describe the level of education funding that was acceptable in South Carolina while pushing the school districts to be excellent in performance.  It did not work.  South Carolina has remained near the bottom of the education performance ladder.  They have not even provided the "minimally adequate" funding required as Pickens County was shorted some $10 million dollars this year alone.4.  The unconstitutional actions by the General Assembly in not taking responsibility for funding education has caused local districts to spend most of their time budgeting and trying to fight off teacher unions and movements.  There has not been one sustainable local improvement in test scores, and dropout rates.  In fact, some performance measures show that its gotten worse for students over the years.  State performance tests have changed almost as many times as a tennis ball going over the net in a tennis match.  Such names as CTBS and Pass are taught in the classrooms.  These changes keep teachers and principals from being properly evaluated based on these tests.  Instead of having uniform salary structure like most all government entities have; the schools are set up for a "dog eat dog" fight with other counties.  The county with the most money always wins an economic battle of this type.More parents are home schooling than ever because of curriculum and discipline problems in the public schools.  Charter schools are doing a much better job and so are private schools are  wasting far less.

Teacher's children permeate the charter schools where ever they are available. Consider that for a moment.