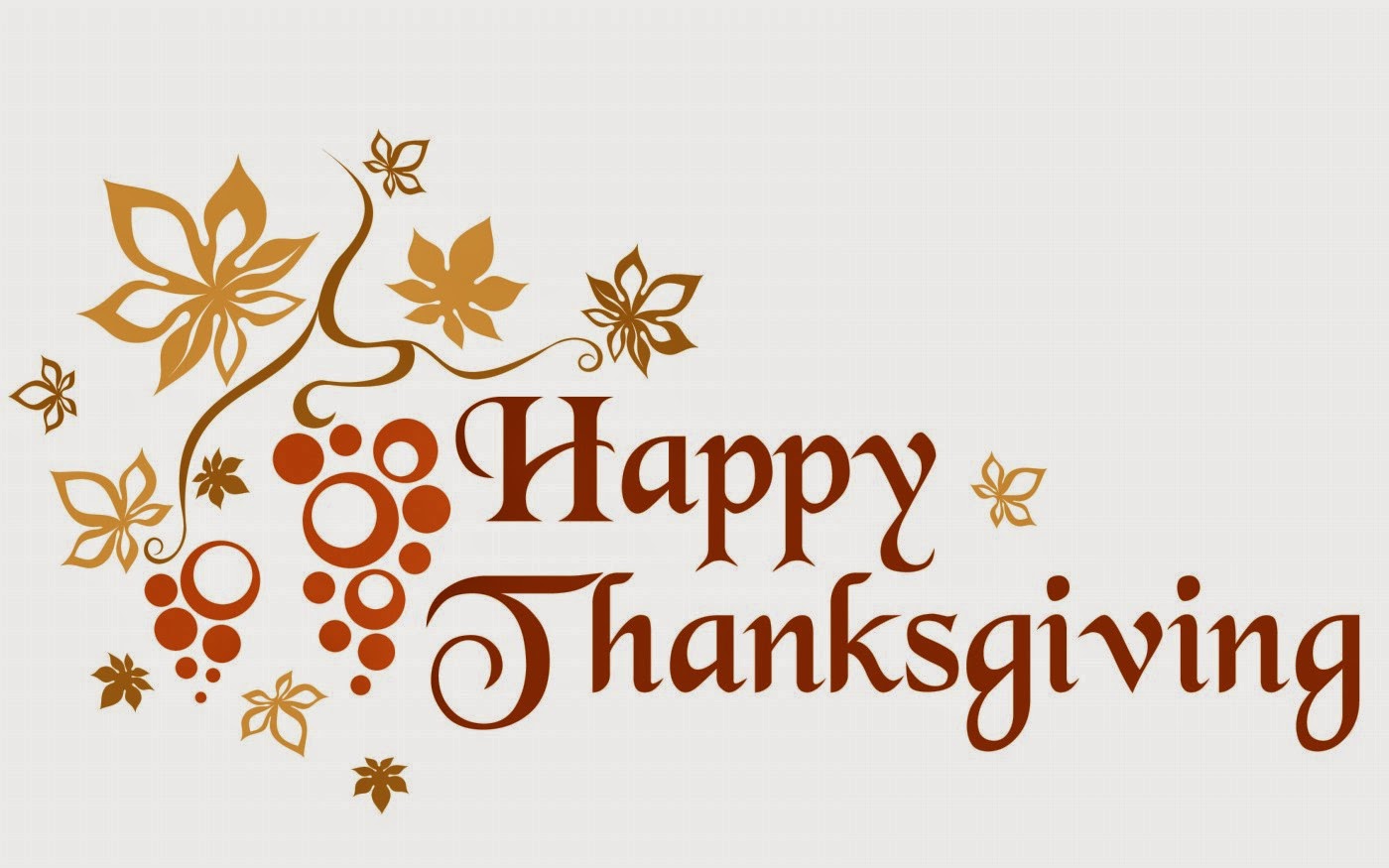 The Pickens County School Board meeting this Monday night was appalling. With new members Wilson, Swords, along with Edwards and Cooper; the Board has taken on the appearance of a Communist, Marxist, and Agenda 21 type group. They have formed an adhoc committee which does not have a single member identifying themselves as conservative.

The new Board is promoting tax increases to pay teachers, do maintenance on the schools, and make debt payments on school buildings.

The notion of "teachers will be fired if we don't raise taxes" was repeated as a bully tactic by Dr. Merck, who is the new Superintendent of PC Schools.Dr. Merck also denied saying that the plan by the Adhoc Committee included the closing of the three mountain schools (Ambler, A.R. Lewis, and Holly Springs). We had a half dozen witnesses that attended a morning meeting that knew this was not true; including at least two members of the Board.

Junius Smith reminded the board of the past history that the citizens of Pickens County had provided for the school system and that revenue from locals had increased 700% over the past 15 years while the CPI was not more that 45%. He reminded the board; the State of South Carolina is responsible for education under Article 11, Section 3 of the SC Constitution.

A rebuttal to the school board plan was voiced by several conservative members of the public ...

One speaker pointed out that Spartanburg had just rejected such a tax increase.

A respected taxpayer advocate discussed the fact that the State of South Carolina had extra money and that the School Board should go after that. He said this fact seemed to be falling on deaf ears as the new Board has their minds set on extracting more money from the local economy.

One member of Conservatives Of The Upstate said ...

The last time we heard this term was at a public meeting with our former superintendent Dr. Kelly Pew.

Dr. Pew was asked by Conservatives Of The Upstate who "stakeholders" were.

The speaker said, "As a parent, I was not consulted."

She replied, "Parents are not on the level of stakeholder we consulted."

We also heard that a group of large businesses has given their approval for the tax increase. Realize that most of these businesses don't pay taxes; instead they pay fees in lieu of taxes. So, of course they're for taxes that they don't have to pay.

Citizens were told they will not be impacted by the tax increase because it's only on business and rental property.

That's untrue, ACT 388 took the taxes off our primary residence, leaving the taxes on our neighboring family parcels, our cars, and our boats and ATVs.

Junius Smith also reminded Chairman Swords of the fact that he had presented to him the following discrepancies in Board actions through former School Superintendent Pew and the Sheriff of Pickens County:

• Ignoring SCAGO as owner of bonds and interest money

• Violations of oaths of office

• Over collection of taxes and failure to refund

• Improper use of bond funds on operational expenses

Slides from the district presentation: 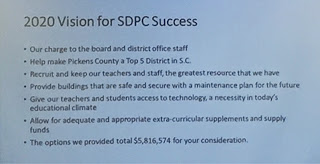 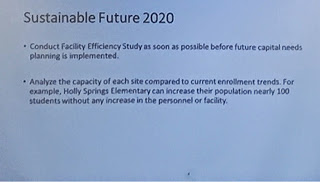 This past week, the School District Of Pickens County unveiled a 5 year plan called "Vision 2020" that has a goal to make Pickens County a "Top 5 District".
The plan calls for aggressive taxation, spending, and potentially cuts of facilities and staff of up to seven schools.
One of the needs identified is a new HVAC system that is aged but working at a school identified as a potential closure target. So the district wants to spend potentially $1 million + only to sell a school for less than ½ a million a year later?!?
Here is a study that shows that increased taxpayer burden and increased school district spending isn't helping achievement ...
From CBSNews:
Decades of increased taxpayer spending per student in U.S. public schools not improved student or school outcomes from that education, and a new study finds that throwing money at the system is simply not tied to academic improvements.

The study from the CATO institute shows that American student performance has remained poor, and has actually declined in mathematics and verbal skills, despite per-student spending tripling nationwide over the same 40-year period. Your Presence Is Needed At November 24, 2014 School Board Meeting

Dear Conservatives,
It has come to my attention that a group called Concerned Citizens of Pickens County intends to bulldoze their way into your pocketbooks by getting some newly elected Board members to raise your taxes illegally by designing a scheme similar to the SCAGO bonds to build schools debacle that raised taxes by 50-60 mils, and bypassed State Constitutional and statutory laws.
Remember, this is the same group that manufactured a scare tactic lie out of thin air concerning the School District's accreditation with AdvancED. They used this scare tactic to bully businesses and residents into voting against the more conservative board members - causing a false sense of divisiveness on the board.
The group was also behind the illegal move to add a 7th school board member to the Pickens County School Board - move that would have cost tax payers possible litigation, 10's of $1000's to implement and just simply unnecessary.
Contrary to what you will read on their facebook propaganda, Pickens County and 11 other school district citizens are paying for these school building mils while 29 other counties are paying nothing. Six counties are getting their buildings payed for by the state which means that Pickens County citizens are paying for their buildings (Supreme Court ruling 26682).  The argument is that our teachers are not paid enough money in their salaries which is the State's responsibility under Article 11 Section 3 and code of laws (Act 388) where a one cent sales tax was added for the purpose of the state being able to pay for all operating expenses.
This group completely ignores the fact of the extra sales tax.
It also should be brought to your attention that it is a violation of state ethics laws for a board member to vote on anything that directly effects the increase of the economic condition of the elected person or his immediate family.
In the past, the Board has disenfranchised voters in the Liberty area and spent money without proper authority according to their bond agreement for the building plan (SCAGO).
Our teachers are paid double the salary of the other residents of this county (Report issued by Appalachian Council of Governments).  They have the best benefits, more off time and holidays, and a great retirement which is the same time that a soldier who risks his or her life for the country can retire.
Any county that breaks the law in order to outbid the teaching services of other counties is subject to the Constitution of the State.  If teachers want to leave Pickens County for a few dollars, then so be it.  Do your commuting, but remember that there is a reason these other counties are paying more.  The population of the students in this county is quite different than Greenville or Anderson.
Please come to the School board meeting on Monday, November 24, 2014 and express your opinion.

Junius Smith
President, Conservatives Of The Upstate
No comments:

Publication that twists Bill Of Rights used in Pickens County

The publication "Studies Weekly" is used in Pickens County Schools ...
Take a look at what this Common Core aligned publication has to say about the Bill Of Rights ...
http://eagnews.org/bill-of-rights-gets-disturbing-makeover-in-major-classroom-publication/
No comments:

HAPPY VETERANS DAY!
Thank you to all men and women who have lived, loved, and served for this country. 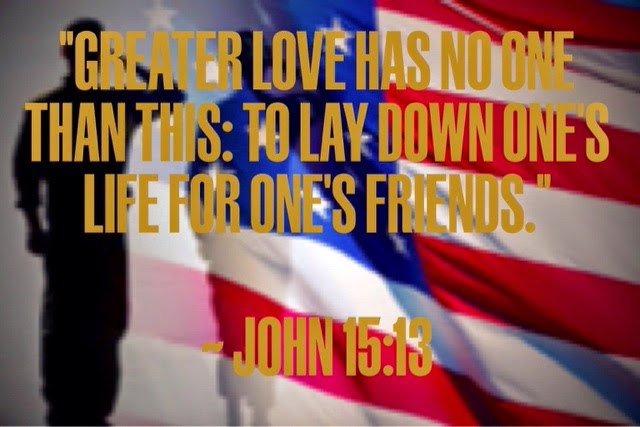 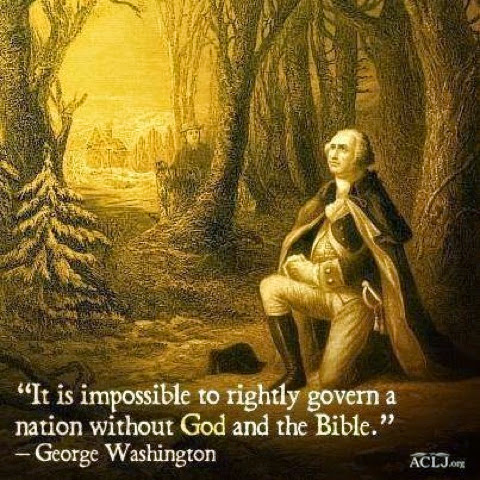 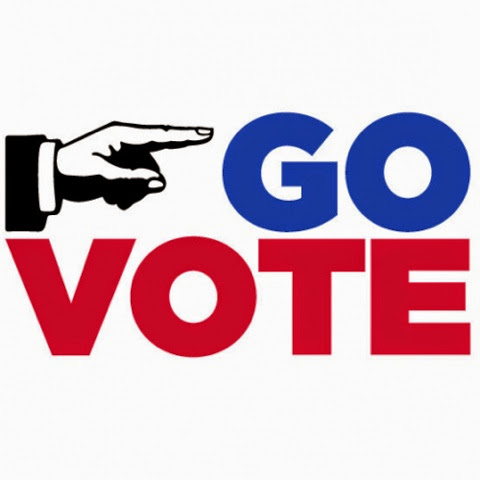