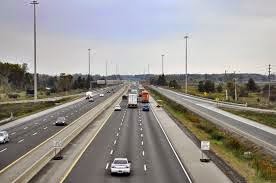 Appropriately funding our nation’s roads, airports, bridges and transportation corridors is vital to American competitiveness in the 21st century. But can I also say the nonobvious? How we fund those needs is an equally big part of what will make us competitive in today’s international race for jobs, capital and way of life.

Since I came back to Congress, I have been blessed to be on the Transportation Committee and I have seen first-hand how real the needs are, but on the House floor today, I joined 45 other Republicans in voting against an extension bill to highway funding. The needs are real, but this proposal did not pass the test of funding in a way that does not make us less competitive and dig our nation’s financial hole still deeper.

The bill passed and authorizes an additional $10.8 billion in spending through May of 2015 for the Highway Trust Fund. We will see what the Senate proposes, but in the meantime I wanted to offer a few thoughts on why I voted as I did.

The Highway Trust Fund always spends more than it takes in because it funds a host of transportation alternatives that do not pay into the trust fund. Mass transit is funded, but pays nothing into the trust fund. Trucks and cars do, as we pay gas taxes at the pump that are ideally there to pay for the roads we use.

The numbers are simple...and disastrous if you want to build roads on the foundation of sustainable finance. The federal government collects 18.4 cents on every gallon of gas sold, which amounts to roughly $35 billion per year. It spends $52 billion per year. In fact, since 2008, taxpayers have had to bail out the Highway Trust Fund five times to the tune of $54 billion. Instead of trying to fix the problem of spending more than we take in, or trimming from the fund the parts that do not pay in to it, Congress chose to “fund” this extension with an accounting maneuver that doesn’t contribute anything to the bottom line. This essentially amounts to a tax increase over the long run - because not paying the bill for something you use now in government means handing the bill to the next generation.

This bill relies on a budget gimmick called ‘pension smoothing’. It lets companies pay less into their pension funds and get fewer tax breaks for their contributions. So the added taxes that come into the US Treasury as a result of companies now not fully funding their pension requirements means that the Congressional Budget Office can score the hypothetical tax savings as the money that would offset the new money going into the Highway Trust Fund. Can you say Ponzi scheme?! The real trick here is that these companies eventually have to pay in every penny plus interest, meaning over the long-run, there ends up being no savings other than the accounting fiction that is created in pretending that the companies won’t have to do what they will eventually have to do! Even worse, the federal government could lose money in the future if it has to bail out companies that can’t make those bigger pension payments down the road. It is indeed a road to nowhere in prudently funding roads that desperately need it across the country.

It’s doubtful, but as the Senate does its work on the bill, let’s hope they include the reasonable notion that any short-term extension is paid for with actual spending cuts. In the interim, I am working on legislation that would insure that only programs that pay into the fund get money from it. The more I learn here the more I see that common sense ideas and plain accounting are keys to fixing roads, bridges…and a whole lot more.