Our So Called Republicans WANT Obamacare In South Carolina? What? 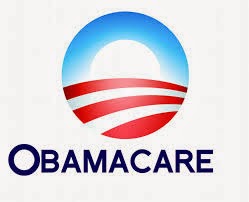 On Wednesday March 19, 2014 the SC State Senate had a 2nd Reading of Bill H3101 known as "The Freedom of Health Care Protection Act" also known as "Nullify Obamacare"

Here is a response from Senator Shane Martin of Edgefield on why he voted with larry Martin on the issue:

I think Obamacare is the easily the worst piece of federal legislation passed in my lifetime.  I don’t think there’s even a close second.  It’s horrible.  I think the individual mandate is the biggest stretch of constitutional limitations since the 1930s.  I think the expansion of Medicaid is terrible policy, an expansion of the disastrous Great Society.  So I think we should fight it as much as we can.  To that point, we’ve taken pretty strong stands by being one of the first plaintiffs in the lawsuit challenging the law’s constitutionality, we refused to implement a state exchange, and we refused to expand Medicaid. Although I think we’ve taken a pretty strong stand so far, I don’t think we should stop there.  I’m all for doing what we can to make the law collapse outright.  But you don’t advance that fight by passing bad legislation that ensures a federal lawsuit we are certain to lose.  Geez, the end result of that is to embolden the Obama crowd.  If you’re going to pick a fight, pick one that you can win.  If you pick a fight that you lose, you just make the other side stronger.  And that’s exactly what the House version of 3101 would have done.  The House version – what we ultimately – had to vote on, was just a show.  There was no nullification in that bill, and you ought to be ticked at those who told you there was.  It wasn’t going to stop anything; it was just going to make state taxpayers assume the financial burden.  That’s just dumb.  And beyond that, it was going to result in the lawsuit I mentioned that we were sure to lose.  And we were going to lose big . . . in a public fashion.I supported what Sen. Davis was proposing.  He put a lot of time into an amendment that would push back in a constitutional and legal way.  It was a very creative way of using state sovereignty to combat this federal overreach.  I was with him.  When those amendments were knocked out, though, we were left with that terrible House version.  I just couldn’t vote for that.I don’t think the fight is over, though.  We still have the budget debate, and we can propose most of Sen. Davis’s amendments during that discussion.  I actually think we can get some of those things passed.  At least, I hope we can, and I’m certainly going to support that effort.Thanks again for your input.Shane