Summer Of The Swamp Rabbit 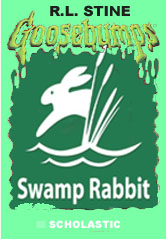 The title of this post sounds like a R.L. Stine children's horror story novel, but isn't meant to be alarmist.

The truth is, chilling facts are in the headlines regarding our local "rails to trails" project ~ The Swamp Rabbit Trail.

With litigation also looming over property rights and civil matters … can we really afford this taxpayer headache?

The headlines should have you concerned about bringing the same to Pickens County via the Doodle Trail.

Headlines taken from WYFF.COM website from the past 75 days:

A minivan landed right in the middle of the trail over the weekend.

A man found dead near the Swamp Rabbit Trail was the victim of homicide.

The Greenville County Sheriff's Office is investigating a report of shots fired near bicyclists on the Swamp Rabbit Trail.

A late-night armed robbery of a teenage bicyclist earlier this month just off the Swamp Rabbit Trail in Falls Park.

For the second time in less than a week, shots were fired at a popular Upstate bike trail, according to the Greenville County Sheriff's Office.

Greenville police are looking for a man who they say assaulted a woman Thursday morning.

Email ThisBlogThis!Share to TwitterShare to FacebookShare to Pinterest
TAGS: doodle trail, Its not easy being green