The Sue/Settle Scam Perpetrated By Environmentalists

Here's an interesting twist on the redistribution of income and wealth in America. 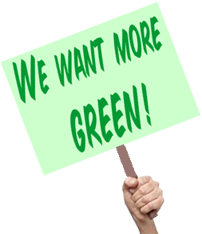 "Environmental groups are the biggest abusers of a legal tactic known as “sue and settle,” according to a recent report from the U.S. Chamber of Commerce.

It works this way: An environmental advocacy group sues a federal agency—usually the Environmental Protection Agency (EPA) or Department of Interior—charging that the government hasn’t performed a duty it is legally required to perform. The agency then settles the lawsuit with the environmental group, allowing them to circumvent the notice and comment requirements that are built into the regulatory system. They then enter into a consent decree or settlement agreement, which is often enforceable by a court. By the time the public and regulated industries have any say in the matter, the details have already been determined."

Email ThisBlogThis!Share to TwitterShare to FacebookShare to Pinterest
TAGS: Agenda 21, Its not easy being green