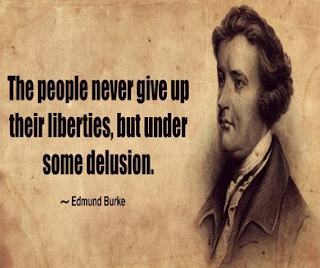 Edmund Burke (1729 - 1797) was an Irish statesman, author, orator, political theorist and philosopher who, after moving to England, served for many years in the House of Commons of Great Britain as a member of the Whig party.

He is mainly remembered for his support of the cause of the American Revolution.

Burke was praised by both conservatives and liberals in the 19th century. Since the 20th century, he has generally been viewed as the philosophical founder of modern Conservatism, as well as a representative of classical liberalism.