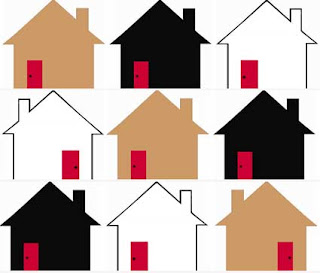 To ensure that "every American is able to choose to live in a community they feel proud of," HUD has published a new fair-housing regulation intended to give minorities access to better neighborhoods than the ones they currently live in and for "improving integrated living patterns and overcoming historic patterns of segregation."

Shaun Donovan, Secretary of Housing & Urban Development (HUD), in a July 16, 2013 speech told the NAACP about a new regulation and database aimed at adding “protected classes” into predominantly white neighborhoods.

HUD will provide data for every neighborhood in the country, detailing the access African American, Latino, Asian, and other communities have to local assets, including schools, jobs, transportation, and other important neighborhood resources that can play a role in helping people move into the middle class.

According to HUD, long-term solutions include "helping people gain access to different neighborhoods and channeling investments into under-served areas." The mapping will be provided to guide governing bodies for development and zoning decisions.

The new "mapping program" will use Census data.

Under the proposed regulation, the neighborhood data provided by HUD will be used to evaluate patterns of integration and segregation, racial and ethnic concentrations of poverty, and access to "valuable community assets." HUD wants to know if existing laws and policies -- such as zoning, financing, infrastructure planning and transportation -- create, perpetuate or alleviate segregation.

President Obama is expected to sign off on an executive order that commits funds to the mapping project.

Email ThisBlogThis!Share to TwitterShare to FacebookShare to Pinterest
TAGS: race