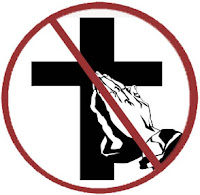 A federal judge ordered Rowan County, North Carolina to end their tradition of opening government meetings with a prayer … well, at least a prayer to Jesus.


"Opening government meetings with prayers that are specific to only one religion not only alienates people of different beliefs but also clearly violates the Constitution's protection of religious liberty," according to a representative from The American Civil Liberties Union (ACLU).

Part of the ruling reads:


“Defendant Rowan County, North Carolina is hereby enjoined from knowingly and/or intentionally delivering or allowing to be delivered sectarian prayers at meetings of the Rowan County Board of Commissioners during the pendency of this suit,”

In March of 2013, the American Civil Liberties Union, along with a state chapter of the ACLU, filed a lawsuit on behalf of three Rowan County residents demanding that the board of commissioners stop its practice of opening government meetings with prayers that were specific to one religion.

The organization accused the board of "violating the First Amendment provision ordaining the separation of church and state" (something that isn't actually in the 1st amendment).