Getting To Know Big Brother At An Early Age 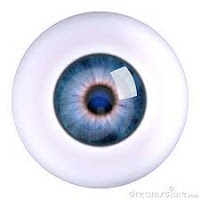 Back in May, parents of students in the Polk County School District in Florida received "an opt out letter" stating a pilot program would soon track public school bus riders using each child’s iris.

By the time the letter reached parents, 750 children’s eyes had already been scanned!

Stanley Convergent, the security firm implementing the scans, told the school district it deleted the information gathered from students.

Some parents are skeptical, citing the technology maxim: Nothing is ever really gone from the Internet.

The tracking program is the third such implementation of tracking by this same school district.

As a result of the parents' opposition to the various programs and the multiple failures and privacy concerns, the district is no longer considering using biometric devices on school buses.

Pickens County has similar tracking systems in place using RFID cards that must be carried around the neck of students in the high schools.