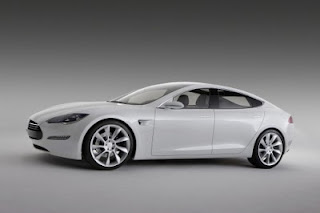 Not ALL news in the "green world" is bad.

To be fair, credit must be given where credit is due:

Tesla Motors announced Wednesday that it has repaid a $465 million loan from the government nearly a decade before it was scheduled to do so.

The electric-car maker received the loan from the Department of Energy in January 2010, and it made its first payment this past December. That began what was supposed to be a 10-year repayment program, but plans have changed.

So what's the difference between Tesla and the likes of Solyndra?

Tesla is truly private enterprise and truly making innovative high quality "green" products not only desirable, but profitable for them.