Attention To Detail Is A Dying Virtue

Attention To Detail Is A Dying Virtue
by Philip Smith

I'm guilty of it. We are all unconsciously guilty of it. Some of us are even aware we are slaves to the brainwashing of immorality, violence, decadence, spiritual hollowness, and socialism ... and some of us don't care. Most of the time, we just do something because it makes us feel good … makes us laugh … or helps us fit in.

Pop culture since the 1950's has been blamed for dumbing down the globe's aged 40 something and under.

Hey, I like the beats to some Lady Gaga songs. Yet, she represents everything I deplore. A quick check of iTunes … I have four Lady Gaga songs that sync to my iPhone. I would have to delete nearly 2/3 of my own music just to be clear of all the immoral behavior worshipping songs. I have movie posters filling my living room with rated R movies - some of which I'd be embarrassed for my son to see unedited.

I'm not trying to promote the notion that I'm better than anyone. I am saying that I'm consciously aware of what these influences have on me and my family and I'm specifically aware of what the consequences of the actions that are promoted in most pop culture are.

Recently, a computer virus has been hitting Windows computers ~ wiping out data and making use difficult or very slow.

The majority of those affected are getting it by either friends or family not paying attention to privacy settings on facebook.

Most people just enter a "FREE GIVEAWAY" quickly and forget to check, "Share "ONLY WITH ME"" and not click on ALLOW THIS App to access my friends lists, tag others, share my friends information.

Some are sharing statuses from very questionable sources rather than just copying the picture and reposting it. 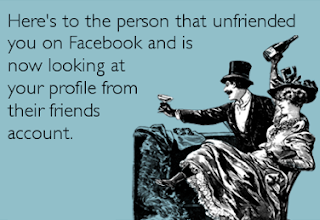 Most of the "cute sayings" that are posted on vintage looking postcards are from VIRAL marketing companies who are looking at your name, your friends, your activity then specifically targeting YOU because they know YOU don't pay attention to detail.

Another example is the recent internet craze called "The Harlem Shake" …


The song begins with the lyrics "Con los terroristas!"

"Con los terroristas" is Spanish for "With the terrorists"

DJ Baauer, that created the song "The Harlem Shake" said the lyrics that are repeated over and over in the song mean "shaking like you're firing a machine gun up in the air - like terrorists do."

And you "wear a mask" like a terrorist would.

There's no judgement being passed … but I've seen some of your children in videos doing their rendition of The Harlem Shake.

Personally, I doubt the song would be nearly as popular, especially with parents if the song actually said …

"Dance with the terrorists, pretend you're shooting a machine gun up the air like you're celebrating killing infidels!"

Nope, definitely not as catchy a tune … even if I add the same beat.

Just pay attention to the details. They do matter.

Email ThisBlogThis!Share to TwitterShare to FacebookShare to Pinterest
TAGS: opinion