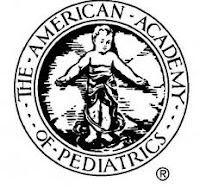 The American Academy of Pediatrics released a "study" claiming that homosexuality is healthy for children ahead of this week's Supreme Court hearings.

This week … the Supreme Court will hear arguments concerning the constitutionality of the Defense of Marriage Act as well as the legality over keeping marriage traditional. The AAP also stated that it released the policy change ahead of the highly anticipated court case in order to provide the justices with additional research over homosexual couples raising children.