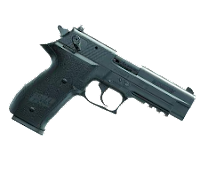 Here are the two bills for you to read:

S. 115 is the big one. It changes the law on how we can carry guns, open or concealed.

This bill will simplify a lot of the confusing laws in place now.

Before telling anyone what is legal or not, it is a good idea to read these two bills.
No comments: 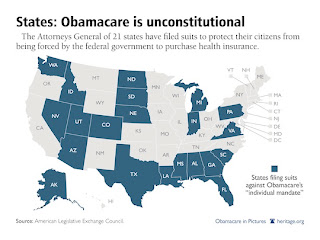 If you live in South Carolina and want to Nullify Obamacare…

Go to these links and send a quick email message to these members on the judiciary committee and let them know you don't want Obamacare in SC.

It is very easy…

I ask each board member tonight, even though you already know how you are going to vote in a few minutes …

God, specifically asks us to pray …

This is from Pslams, a book of praises and prayers written by a king, dedicated to The One True King, the God of Israel …

"I call to the LORD, who is worthy of praise, and I am saved from my enemies."

This is from the book of Romans, a book written to the hardest of those to convert and the ones that were caught up in rules, regulations, and rituals.

"Everyone who calls upon the Lord will be saved."

Notice these passages don't say whisper. When I call someone on the phone, I'm not silent expecting them to know the purpose of my call.

Jesus didn't command the disciples at the Lord's Supper,

"Now say this inside your head."

At the sermon on the mount, Jesus didn't whisper to thousands gathered.

“‘As surely as I live,’ says the Lord, every knee will bow before me; every tongue will acknowledge God."

One of my favorite stories as a child was about Shadrach, Meshach, and Abednego from the book of Daniel Chapters 1–3.

The three are not just biblically recorded, but historically recorded and their story known for their exclusive devotion AND PRAYER to God.

In particular, they are known for being saved by divine intervention from the Babylonian execution of being burned alive in a fiery furnace.

When faced with execution, the three said …

"O Nebuchadnezzar, we do not need to defend ourselves before you in this matter. If we are thrown into the blazing furnace, the God we serve is able to save us from it, and He will rescue us from your hand, O king. But even if He does not, we want you to know, O king, that we will not serve your gods or worship the image of gold you have set up."

Nebuchadnezzar demanded that the execution furnace be heated seven times hotter than usual. Soldiers of the King’s army were ordered to firmly bind the fully clothed Shadrach, Meshach and Abednego and cast them in the blazing furnace.

When Nebuchadnezzar saw what appeared to be four men in the furnace, unbound and walking about, he called to them to come out.

After this, King Nebuchadnezzar acknowledged the power of God, even going as far as to make a decree, whereby any nation who says anything against the God of the Jews is an act of war.

School board, we are showing you that your troops believe the decree of Nebuchadnezzar.

Where is your decree that anyone who says anything against the God of Israel is an act of war? 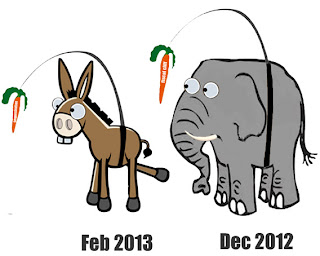 This morning, The Greenville News posted this teaser headline on various social media:

"South Carolina’s share of $1.2 trillion in budget cuts scheduled to begin on Friday would mean millions of dollars in lost wages, and reduced services for children, seniors and battered women, among others, according to estimates the White House released Sunday night.

If a compromise cannot be reached, the cuts known as “sequestration” also would slash U.S. Army base operations funding in the Palmetto State by about $62 million, and funding for Air Force operations by some $19 million if the cuts continue through this year, according to the White House figures."

Here's some short commentary on the subject:

These ARE NOT budget cuts.

"Sequestration" means cuts to the scheduled INCREASES in the budget!

The media is dangling propoganda and buzz words … again.

Read this article about how the White House and Media are trying to threaten teachers:

Alabama became the 1st state to adopt a tough law protecting private property and due process by prohibiting any government involvement with or participation in the United Nations program known as Agenda 21.

The legislation's approval is seen as a significant victory against the UN “sustainability” plot. Similar sovereignty-preserving measures are being adopted in other states as the nationwide battle heats up.

Email ThisBlogThis!Share to TwitterShare to FacebookShare to Pinterest
TAGS: Agenda 21, Its not easy being green, sustainable development

Is The Conservatives Of The Upstate Website "Online Radicalization"

Here's a move by the White House that all of us should be concerned about:


"Under the guise of curbing the "radicalization" of U.S. citizens and identifying and purging potentially violent persons from the Internet, the White House has initiated the creation of a new interagency working group to address what it calls a growing problem."

This could easily set a precedent for any truth teller, whistleblower, or patriot conseverative that opposes any level of government ~ including city, county or state.

Under the term "Online radical U.S. Citizen " - It's a near positive identification that conservatives, and not just those belonging to Conservatives Of The Upstate are seen in this light.

Honoring The Military At Sporting Events No Longer Needed?


"Sports games — some of the only events that lead Americans to set their differences aside and sit down and watch together — have become stages for large-scale patriotic theater. This is no accident; many of the militaristic rituals we see in stadiums and arenas across the country were deliberately designed to promote unity during times of crisis. But they’ve stuck around far longer than needed, making sports feel less like pastimes than pep rallies for our military or a particular war."

We OWE our support to our military MUCH more than we give it.

British To Mandate Pet Microchips By 2016

If you live in the southern part of the UK, you won't have a choice of whether or not to get your pet "microchipped".

In 2016, English and Welsh authorities will require all of the country's dogs to have embedded microchips. The premise is that the pets can be returned to their owners if they run astray.

The United Kingdom's Environment Department says 4.8 million of the country's 8 million dogs already have the tags. Beginning in 2016, owners who don't "chip" their dogs could be forced to pay fines of up to £500 (about $780).

Cat microchipping will remain optional, since felines are less likely to wander outdoors.

Some privacy advocates worry the RFID microchipping could be an easy way to track humans as even the simplest of devices that can read RFIDs, including newer smartphones, can be had on the cheap. Dog owners would be easily located. Homes without dogs used for protection could also be targeted by thieves.

Others are worried about the implications of conditioning the public. Most people consider "chipping" their pet a wise measure. But could the practice of chipping our pets lead to humans being tracked?

The chip can carry almost any amount of information including dental records, insurance, social security, and credit card information ~ meaning one could simply wave their hand over a receiving device to pay or identify themselves in the near future. No wallet necessary.

Email ThisBlogThis!Share to TwitterShare to FacebookShare to Pinterest
TAGS: liberty or law

Why work, when you can just NAP? 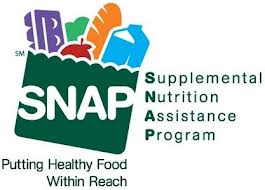 A single mother, with no income, age 27, with five children, all with different fathers, none of whom are in the home.

AND, are you ready?

Question of the day … why work?

Maybe they should just remove the "S" and just call it NAP benefits.
No comments:

South Carolina school districts are failing to comply with a 1988 State law about the basics of teaching sex education, according to a report released this month.

The report, titled, “A Sterling Opportunity: 25 Years After the Comprehensive Health Education Act” by the New Morning Foundation, also says the original law is flawed because it doesn't provide oversight of what districts are teaching in sex education classes.

The report indicates the following as essential parts of sex education, but says not all of it is being taught or taught properly …

• Reducing the number of sexual partners

• Decreasing the number of times young people have unprotected sex

• Send an annual report detailing whether the district is complying with the law to the S.C. Department of Education

Some decisions on classroom materials and topics to be covered are left to the discretion of school districts.
Nothing in the current law provides penalties for districts that don't comply. Some districts don't even file the required annual report.

Pickens County School District officials contend that there is no reporting requirement.

“There are no annual reports required to be submitted to the SCDE regarding sexuality education in our district. We are not aware of any requirement by the South Carolina State Department of Education.”

In an interview with a school official in Liberty who wished to remain anonymous,

"I know that the teen birth rate in Liberty is very high. I don't think it's because of lack of education though. My personal opinion on the matter is - children aren't being taught respect any more. Respect for their futures, elders, or of moral law."