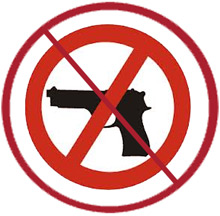 Lawmakers in the state of Wyoming are proposing bills that would make it illegal to enforce any new federal gun control regulations:

The bill – HB0104 – states that “any federal law which attempts to ban a semi-automatic firearm or to limit the size of a magazine of a firearm or other limitation on firearms in this state shall be unenforceable in Wyoming.”

If passed, the bill would declare any federal gun regulation created on or after January 1, 2013 to be unenforceable within the state and hand out imprisonment to those that DO try to enforce any such regulation in the State.

Lawmakers in other states are considering similar measures with the threat of an Obama executive order looming.