Martin To Vote Against Teachers Having Self Protection On School Property 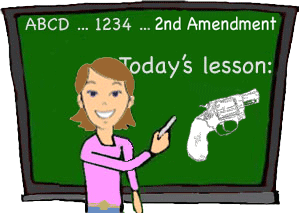 South Carolina State Senator Larry Martin, representing Pickens County, has said that he plans to vote against a proposed bill to allow teachers to carry guns on campus.

He said concealed weapons permit training does not qualify teachers to be armed around a classroom full of students.

“[The training at concealed weapons permit classes] is just not long enough for [teachers] to be experienced in handling a weapon in a trying circumstance that can develop in a school environment.”

Although taxpayers could foot some of the liability costs if law enforcement were to be negligent in a shooting, Martin says …

“Taxpayers could be on the hook for that as well for any liability that resulted from allowing or permitting non-law enforcement officers to carry weapons."

If the bill passes, it would remove the current law that bans guns from school property.

School districts could decide whether to allow teachers with concealed weapons permits to carry guns.

Senator Martin thinks a better solution would be to provide State funding for school resource officers in elementary schools.