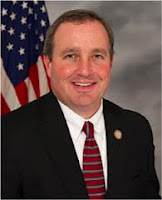 My phone has been blowing up with text messages from friends and supporters who saw NBC’s segment tonight featuring my statement on President Obama’s proposed gun grab.

For those of you who haven’t heard, Vice President Joe Biden announced today that the White House is considering an “executive order” on gun control. This means the President is huddling up with his lawyers, and plotting ways to restrict our second amendment freedoms by bypassing Congress altogether.

Not on my watch.

Our Founding Fathers never envisioned executive orders being used to restrict our Constitutional rights, and as I told the American people tonight, we live in a republic, not a dictatorship.

The gloves are off, and I look forward to fighting to defend the United States Constitution.

On facebook, people are already asking me what they can do to help. The first thing we need is prayer. Pray for our nation, that our leaders will see the wisdom of our Founding Fathers. Secondly, forward this message. Let your friends and family know where you stand on the second amendment. Remind them that we live in a republic, not a dictatorship.

Thanks for your support, and God Bless

Email ThisBlogThis!Share to TwitterShare to FacebookShare to Pinterest
TAGS: politics