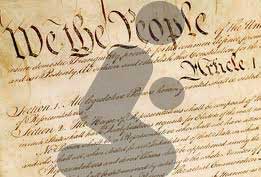 The Pickens County School Board has received a complaint from the Freedom from Religion Foundation concerning prayers at trustee meetings which the foundation said in a letter is “a serious constitutional violation.”

On the face, it appears that the Wisconsin based Freedom From Religion Foundation is simply trying to use the matter as a publicity stunt much in the same manner as Westboro Baptist protests military funerals.

School trustees received legal advice in a closed meeting on December 17, 2012 after the district received the complaint in November.

As of yet, the board has taken no action on the matter, but School Trustees will be briefed in January on what further action may need to be taken, if any.

A student is invited each month to the School Board meetings after being selected by a school’s principal or another faculty member.

An attorney for the Freedom from Religion Foundation,

“We hope that The School District Of Pickens County will follow court precedence indicating that school boards and school activities cannot institute prayer. The appropriate action would be to drop prayer from any order of business relating to school functions. We are also familiar with the matter that prayer is part of various sporting events around the county. It is beyond the scope of a public school board to allow prayer at any school function. The Supreme Court has consistently struck down school-sponsored prayers.

Prayer at public school board meetings and other school functions is unnecessary, inappropriate, and divisive. It’s not a matter of majority rules. The Bill of Rights protects minority views as well.”

The attorney also stated in a release that "a local resident" complained to the organization about the prayers, but refused to identify the person by name.

The release by the FFRF says prayers have included references to the “holy spirit” and often end with “in Jesus’ name we pray” or other references to Jesus.

The Freedom From Religion Foundation hints at legal action if the School District fails to take action on the matters before them by the end of January 2013.

“If they decide to continue with prayers then we’d have to examine whether there’s legal action or anything else that would need to be taken.”

The Freedom From Religion Foundation website can be found at: FFRF.ORG

There is no mention of the matter on the site which is rather comprehensive other than a link to a Greenville News article stating most of the information above.