Do I Look Fat With This iPad? 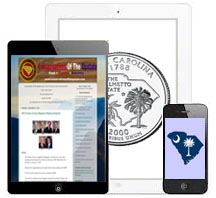 I personally thank God every day that I do NOT live in New York City!

The New York Times is reporting that New York City Mayor Michael Bloomberg released crime data for the city as 2012 draws to a close, noting that a slight increase in the overall major crime index for the city can be entirely accounted for by an increase in iPhone and iPad thefts.

Information contained in Bloomberg's report … "As of Monday, the Police Department recorded 3,484 more major crimes in 2012 than for the same period last year. "

“If you just took away the jump in Apple thefts, we’d be down for the year,” said Marc La Vorgna, the Mayor’s press secretary.

• Apple is responsible for crime in New York City.

• Foods with trans-fat and drinks larger than 16 ounces (both banned in New York City) are causing obesity.

• Cigarettes and not the decisions of the people that smoke them are causing deaths.

Lest we forget, Bloomberg is also on record saying, "The need for guns of any type in modern society is questionable."

Bloomberg’s Mayors Against Illegal Guns initiative focuses on state and federal gun laws, his new Independence USA SuperPAC [Political Action Committee] goal is electing or defeating those who make the gun laws. He injected nearly $9 million of his personal funds into the in SuperPAC in 2012.

Bloomberg is a people don't kill people kind of guy.

Apparently, it's Apple's fault for making phones that people can actually use that is causing crime.

Wonder what Bloomberg would think about Apple pulling all product sales and all four Apple Stores which account for nearly $1 Billion (that's with a "B") in retail sales each year for the city!