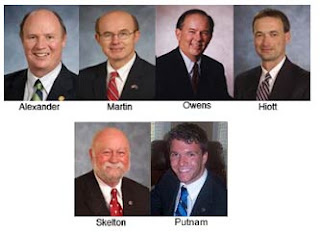 The Pickens County Legislative Delegation will hold its annual public meeting at the Central Town Hall Court Room at 1067 West Main St in Central on January 3, 2013.

Reports from organizations and boards will be heard starting at 5:30PM.

The floor will be opened for public comments at 6PM.

The public is invited and encouraged to attend the meeting. Citizens will have an opportunity to ask questions and make comments to members of the Pickens County Legislative Delegation

The delegation will comment on various issues that may be introduced in the upcoming session of the General Assembly, which convenes on Tuesday, January 8, 2013.