A video we should all watch …
No comments:

Email ThisBlogThis!Share to TwitterShare to FacebookShare to Pinterest
TAGS: books

FROM
Conservatives Of The Upstate
A little history …

A common myth is that The Pilgrims celebrated the first Thanksgiving. Texans claim the first Thanksgiving in America actually took place in San Elizario, a community near El Paso, in 1598 ~ 23 years before the Pilgrims'. They staged a reenactment of the event that culminated in the Thanksgiving celebration: the arrival of Spanish explorer Juan de Onate on the banks of the Rio Grande. De Onate is said to have held a big Thanksgiving festival after leading hundreds of settlers on a grueling 350-mile long trek across the Mexican desert.

* Information gathered from history.com
No comments:

The Principles Of Liberty ... 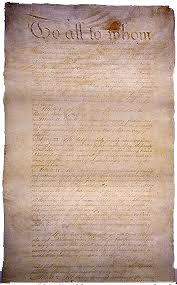 "If the principles of liberty are not firmly fixed and established in the present constitution, in vain may we hope for retrieving them hereafter "

~ attributed to the signature of An Old Whig, Antifederalist No. 49 = most likely Patrick Henry who felt the constitution didn't go far enough to define rights and gave too much power to the Federal government.

Henry is most famous for his line, "Give me liberty, or give me death!"

To read more on Anti-Federalism:

An Op Ed: Is The Pickens Doodle Bike Trail Moral?

So much has changed in our society in the past 45 years. The most apparent change has been in morals. The result of this downfall of morals has led us down the path of communism. Our country was based on Christian morals. That's no longer the morals we follow.

We used to believe the Ten Commandments were our moral compass. Proof that we now ignore many of the Ten Commandments is how the collectivist moral code has taken over in the project which seeks a public bike path on the former Pickens Doodle railroad tracks. This project is in direct violation of two commandments…namely

“Thou shalt not steal”

"Thou shalt not covet thy neighbors' property.”

Now, the new “greater good” morals of communism have taken over. Our local governments have now endorsed the taking of private/personal property without owners' consent while proclaiming they are doing “good.”

A small percentage of people who “covet” someone else's private property have used government to do their act of immorality.

It is very depressing to see how eagerly the people of Pickens County jump on the bandwagon of wanting to steal another's personal property rights just for their own personal enjoyment. Our local governments are making it “legal” to covet and steal our neighbors property.

As Christians, we need to stand up for the property rights of the landowners along this proposed bike path and tell our local government officials we do not support breaking the Ten Commandments so a small group of our population can ride their bikes. Please call your Pickens City Councilmen or Easley City Councilmen and tell them it is time we start respecting the Ten Commandments.


"Of course, I could also comment on the factions at war over the old, abandoned Doodle Line. Pickens and Easley would like to combine their efforts and turn the old rail line into a safe, aesthetically pleasing and pedestrian-friendly path where families can ride bicycles, run or walk and not only enjoy the out-of-doors but also reap some of the health benefits associated with physical activity.

As there is any time a current of change surges through the county, certain groups are appalled by the notion that taxpayer dollars would be used to groom Pickens and Easley into anything remotely resembling Greenville. Put in a pedestrian-friendly trail and what’s next?"

The opposition isn't just tax dollars, but a whole host of other issues …

• Property rights … nearly all of the property owners along the trail DON'T want it!

• Property rights … the property owners were not notified (personally or by a means in which ANY of them saw word of it) or given the chance to have input BEFORE starting the initiative.

• Deceit … The YMCA deceptively conducted a bias survey of "members" asking if they would "like" a walking trail in Pickens and Easley.

• Legal concerns … Rails to trails litigation has not been favorable in most every case amongst the hundreds filed against governments around the country.

• Taxation … the "rails to trails" would effectively remove some land from tax rolls and create tax breaks for a privileged few while potentially raising taxes on dozens that will not be able to afford it ~ causing them to lose their property to delinquent tax auctions.

And yes … tax dollars … what more economic activity could such a trail produce? Pickens and Easley seem to be booming without it! What more exercise or pedestrian friendly area do you need than our sidewalks and parks? Can we afford this when we need roads paved in Pickens County?
No comments:

Email ThisBlogThis!Share to TwitterShare to FacebookShare to Pinterest
TAGS: Agenda 21, doodle trail, Its not easy being green 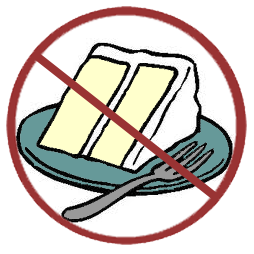 Nearly a week after issues arose over whether utility crews from Alabama could assist with providing aid to victims of Hurricane Sandy because they weren't unionized, New York City Mayor Michael Bloomberg is now banning food donations to the homeless and to shelters citing that the fat content cannot be "analyzed". 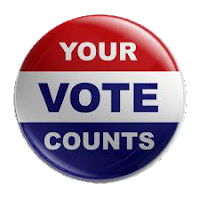 Polls are open from 7AM to 7PM EST time.

In order to vote, all you have to have is some form of I.D. - not necessarily your voter I.D. card.

Need to know where to vote, go here:

You can view the results, updated every 15 minutes, for Pickens County, including Senate & Sheriff races here: 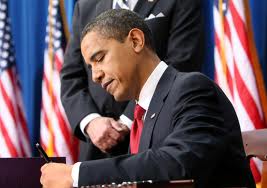 President Barack Obama signed an executive order on Friday October 23, 2012 that expands the Department of Homeland Security into "a partnership with local law enforcement".

The Pickens County Sheriff's Race is far more important that you can imagine.

Could such a "tie with the Federal government" lead to control of local law enforcement agencies?

For more on the story, see: