Taxpayers don't have a right to be in opposition to big spending? 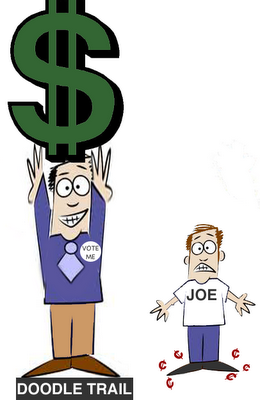 In a recent Pickens County Courier article, the following was stated …


"There has been a lot of vocal opposition to the rail-to-trail project by local groups like the Conservatives of the Upstate, but Brackett says that she has received positive feedback from the people and businesses in Pickens.

Simons, like Brackett in Pickens, has had a positive response in Easley.

Both city administrators pointed out that several people who have vocally opposed the project don’t even live in Easley or Pickens, where the proposed Doodle Line trail will connect."

So, if we get the point here … you have to LIVE somewhere to be opposed gross misuse of taxpayer money and severe abuse of private property property rights?

To clarify, the majority of Conservatives Of The Upstate members are in Pickens and Easley AND we ARE ALL taxpayers that are a part of the county!

Furthermore, at the last two County Council meetings, vocal opposition has been made from landowners along the trail … you can't get any closer than that!

Conservatives Of The Upstate is for wise, CONSERVATIVE use of taxpayer funds and expressly for private property rights as guaranteed by the U.S. Constitution.

To read the full article:

Email ThisBlogThis!Share to TwitterShare to FacebookShare to Pinterest
TAGS: Its not easy being green, private property, rights