Conservatives Of The Upstate Petition Drive A Success! 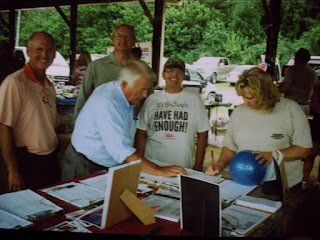 On July 11, 2012 Conservatives of the Upstate held an "OPERATION LOST VOTE" event at the Pickens Flea Market on Hwy 183 in Pickens. It was a huge success!

Candidates who were ruled ineligible to be on the primary ballot in June were there meeting citizens and collecting the signatures they require to be placed on the November 6, 2012 elections.

Petitions for Tim Morgan were also made available even though he was not one of the candidates who had been ruled ineligible.

It is important to note that on November 6, 2012 the public be made aware if they wish to vote for these candidates they SHOULD NOT vote a straight Republican ticket. These candidates will be running as Independents or as write in candidates.

Thank you to all the workers who were there. This was a great showing of how freedom works in South Carolina and how WE THE PEOPLE at the grassroots level will organize to keep our rights to vote for the candidate of our choice alive!