Below is an email I received from Ed Harris:

Please as many of you as can...write a letter to the editor as he suggests to at least one of the newspapers!

My Friends, As most of you are aware, I won the Pickens County primary election for House Seat #3.

This victory was protested by Mr. B. R. Skelton which resulted in a State Executive Meeting of the Republican Party in Columbia on Thursday, June 21. This protest was submitted Monday, June 18, only minutes before the 12:00 noon protest deadline.

I received notification Wednesday morning while visiting my grandchildren at Pawleys Island. With no time to take action, I called Dave Woodard who attended the hearing on my behalf. Presenting a professional defense, he successfully defended my victory. The end result was that the primary election was upheld by a "unanimous" vote by the Republican Executive Committee.

Unfortunately, Mr. B. R. Skelton does not feel the people of Pickens County or the Republican Executive Committee have selected the right candidate. He has elected to pursue a result in his favor by possibly filing a law suit. Moreover, he will be represented by Mr. James E. Smith, Jr., a sitting Democrat in the S. C. House of Representatives. At least we now know where Skelton's heart lies.

This law suit could cost taxpayers thousands of dollars not to mention the time wasted regarding these unfounded claims. I respectfully ask that you write letters to the following news media to stop this useless waste of your money. I was a certified candidate, I won the election, the vote was audited and certified, and the protest was thrown out.

Elections are the true voice and strength of the citizens. Qualified candidates are elected by the people and should not be chosen by the court room.

Daily Messenger Journal, 210 W. North 1st St., Seneca, SC 29678. Greg Oliver: life@dailyjm.com; brett@dailyjm.com. Editor Brett McLaughlin, c/o Sandra Vassey, frontdesk@dailyjm.com. (The email of Sandra and Brett are included because of the newspaper's spam filter. It is necessary to sometimes actually call to make sure they get your email.)

If the recent ballot fiasco has been upsetting to you, then here are a few links. I hope this will help you to decide about supporting petition candidates. In my opinion, doing so gives citizens regardless of party affiliation the ability to take back our right to representative state government. It is up to us.

In case you missed this from Jeff Duncan:

If you wish to become an expert, here are other links providing technical details:

Conservatives Of The Upstate Voices Support For School Board Member

Melvin Watson, who said he has a child diagnosed with cerebral palsy, said that the real problem was not with Trotter or his alleged comments; instead it was with the news media.
“I’m really concerned that the news media did not need to magnify the rights of freedom of the press,” Watson said. “We must feed our own convictions and not let them magnify what we think or say. We need to have our words adhered to and spoken without any flowery magnification from the news media.”
“Brother Trotter, I thank you for having a thick skin, for having a strong conviction because you have stood up for what you believe to be right,” Watson said. “You have a dogged determination and you will not step down or cave in to these critics who speak against you. You speak your mind, and this resolve is lacking in our society.”
Junius Smith, of Conservatives of the Upstate shared Watson’s concerns about the news media’s reporting of allegations surrounding Trotter’s alleged remarks about special needs students in the district.
“I have made an extensive investigation of this whole thing,” Smith said. “The (result) that I came up with was that about half the people are not sure, and another half say it never happened and some say it did. And those that say it did I had to take from the newspaper.
“The thing that bothers me is with this type of information we have castigated a member of the board. And the reason that that man is sitting on the board here is because the previous school board were a bunch of spendthrifts and they broke our constitutional rights. The standards of the board were not very high, so let’s not give Mr. Trotter a hard time.”
For the full story read:
http://www.yourpickenscounty.com/?p=2035
No comments: 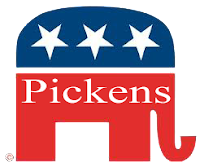 On May 16th, Governor Nikki Haley spoke to the Executive Committee of the South Carolina Republican Party. She asked for our help is reinstating all candidates to the ballot. We obliged Governor Haley and have done everything within our powers to accomplish that, but our efforts have failed.

I believe the actions over the last several weeks that removed hundreds of candidates from primary ballots are unconstitutional as outlined in Article I, Section 5, of the South Carolina Constitution which states "All elections shall be free and open, and every inhabitant of this State possessing the qualifications provided for in this Constitution shall have an equal right to elect officers and be elected to fill public office".

I believe it is time to call upon Governor Haley to exercise her Constitutional authority as outlined in Article IV Section 15 of the South Carolina Constitution which states, "The Governor shall take care that the laws be faithfully executed".

Furthermore, I believe it is time for Governor Haley to exercise her Constitutional authority as outlined in Article IV Section 19 of the South Carolina Constitution which states "The Governor may on extraordinary occasions convene the General Assembly in extra session."

I hope you will join me in calling upon Governor Haley to convene the General Assembly and pass whatever legislation is necessary to stop the Tuesday primary, reopen candidate filing, and set a new date for the primary so that every citizen may exercise his or her right as outlined in the South Carolina Constitution.

Homeschooling by the numbers ...