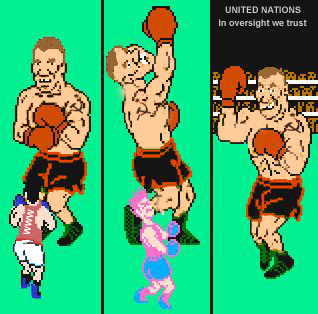 On February 27, 2012 ... a "diplomatic process" will begin in Geneva that could result in a new treaty giving the United Nations unprecedented powers over the Internet. Dozens of countries, including Russia & China, are pushing the hardest for the treaty and hope to have a solution by the end of this year. Russian Prime Minister, Vladimir Putin, in June 2011 said, "The goal the treaty between Russia and his allies is to establish 'international control over the Internet' through the International Telecommunication Union." or ITU as it is known. a treaty-based organization under U.N. auspices.
No comments:

"Arbitrary power is most easily established on the ruins of liberty abused to licentiousness."

All voters and all votes should be equal.

All voters and all votes should be equal. One person, one vote without value added or subtracted for race, religion, prestige or bank balance is equality. However, if one person votes eight times for his candidate, then my vote has been disenfranchised. On January 1, 2012, a new voter identity election law went into effect in Tennessee. Fourteen more states, including Indiana and Georgia have such laws and 26 are working to create voter identity laws or strengthen existing ones. Support overall has been non-partisan. Moreover, litigation in federal courts has found neither a hardship on citizens nor discrimination. As to South Carolina, one report cited that of the 214,000 registered voters without such ID, all but 7,000 were not living in the state, their ID had expired, had a different name or the person had died. The small percent of registered voters without a picture ID are important and point to the responsibility of voters themselves and to legislators to make reasonable provisions for exceptions. The states’ laws have provisions for people in hospitals and nursing homes, the indigent, religious objectors and voters in need of transportation.

Voting fraud is a serious part of elections. Reasonable efforts need to be taken to insure our elections are excellent at being fair. However, if the Department of Justice continues successfully to block such reform for South Carolina, start mixing the purple dye.

Mary Beth Green
Conservatives Of The Upstate
No comments:

A Virginia lawmaker is calling on the Air Force to reverse a decision to remove a Latin reference to “God” from a logo after an atheist group complained.


Rep. Randy Forbes, (R-VA), said the Air Force removed the logo several weeks ago from the Rapid Capabilities Office. The patch included a line written in Latin that read, “Doing God’s Work with Other People’s Money.”

But after the Military Association of Atheists and Freethinkers complained, Forbes said the line was rewritten in Latin to read, “Doing Miracles with Other People’s Money.”

Forbes, along with a bi-partisan group of 35 lawmakers, sent a letter to Air Force Secretary Michael Donley and Air Force Chief of Staff Norton Schwartz expressing concern over the decision to remove a non-religious reference to God.

“It is most egregious,” Forbes told Fox News. “The Air Force is taking the tone that you can’t even use the word ‘God.’” 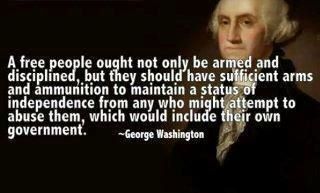